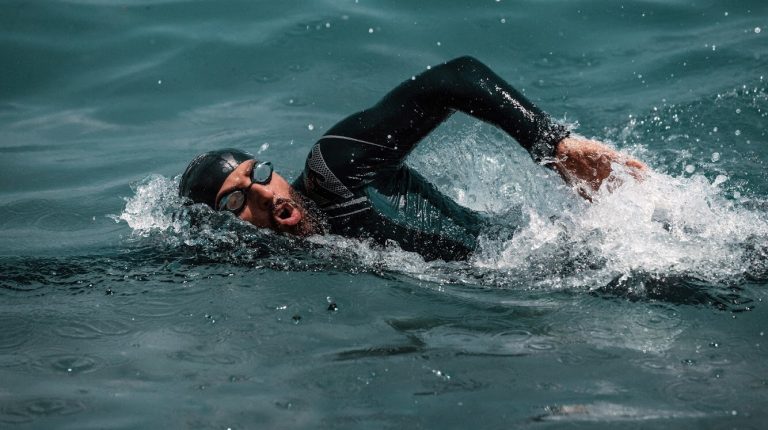 For adventurer Omar El-Galla, cycling around Egypt, and running across its governorates from one side to another; did not satisfy his passion towards exploits, life-changing trips. Swimming across Egypt’s Red Sea, from the North to South, is El-Galla’s next mark in the world of adventures, in which he plans to cross 900 kilometres from Suez to Shalateen in an almost three-month trip.

By mid-September, El-Galla is to leave the modern luxurious city life and to get underway a 90-day challenging trip through. Through his journey, he is to live on a boat and conquer the high waves of the Red Sea. By doing so, he wants to prove that if a person can spend three months in the middle of the sea without using plastic, then nothing prevents city residents from doing the same.

After running a distance of 1,500 km from Abu Simbel to Alexandria with nothing but a backpack, and cycling for 6,500 km across Egypt over 65 days; El-Galla is currently targeting to finish this extreme triathlon with a Guinness World Record by attempting to swim across Egypt.

Throughout the three month trip, he will be accompanied only with a sailboat, which will be his temporary home, where he will rest, eat and spend his nights.

While many people would fear the possible challenges such a trip might hold for them, fear is not on El-Galla’s feeling lists, which is topped by thrill and excitement.

“At this point, I just feel like I want to get to the starting line and start the swim,” El-Galla told Daily News Egypt, adding “The curiosity is consuming me; I want to know how things will unfold, how will my body and mind handle this swim.”

El-Galla stressed that excitement is the main emotion driving him, especially that he is about to become the first Egyptian to cross the Red Sea’s coast in Egypt, this allows him to “explore every nook and cranny under the water and above it, the reefs, marine life and islands.”

The trip is planned to start from Suez’s shore passing by Ain Sokhna, Zaafarana, Ras Ghareb, El-Gouna, Hurghada, Safaga, Quseir, Marsa Alam, Hamata, and Berenice before he ends up at Shalateen.

“I trained, researched and prepared as much as I could. But nothing prepares you for something like that, at the end I just have to go out there, throw my self into the water and start swimming,” he asserted.

The trip takes place in partnership with “if”, a sustainable initiative that’s the brainchild of record-breaking Egyptian adventurers Omar Samra and Ahmed Gabr. According to El-Galla, it is also authorized by the World Open Water Swimming Association (WOWSA).

For months, Omar heavily trained in preparation for the event, under the supervision of his brother, Mohamed El-Galla, who is currently his swimming coach. Through the training, both focused on “improving my [Omar’s] technique as ultimately this is the key to finishing the swim with minimal effort and no injuries.”

Mohamed El-Galla was a competitive swimmer. He was qualified to become his brother’s coach, as he was the captain of the swim team of Canada at Carleton University and an assistant swim coach at a Canadian swim club. 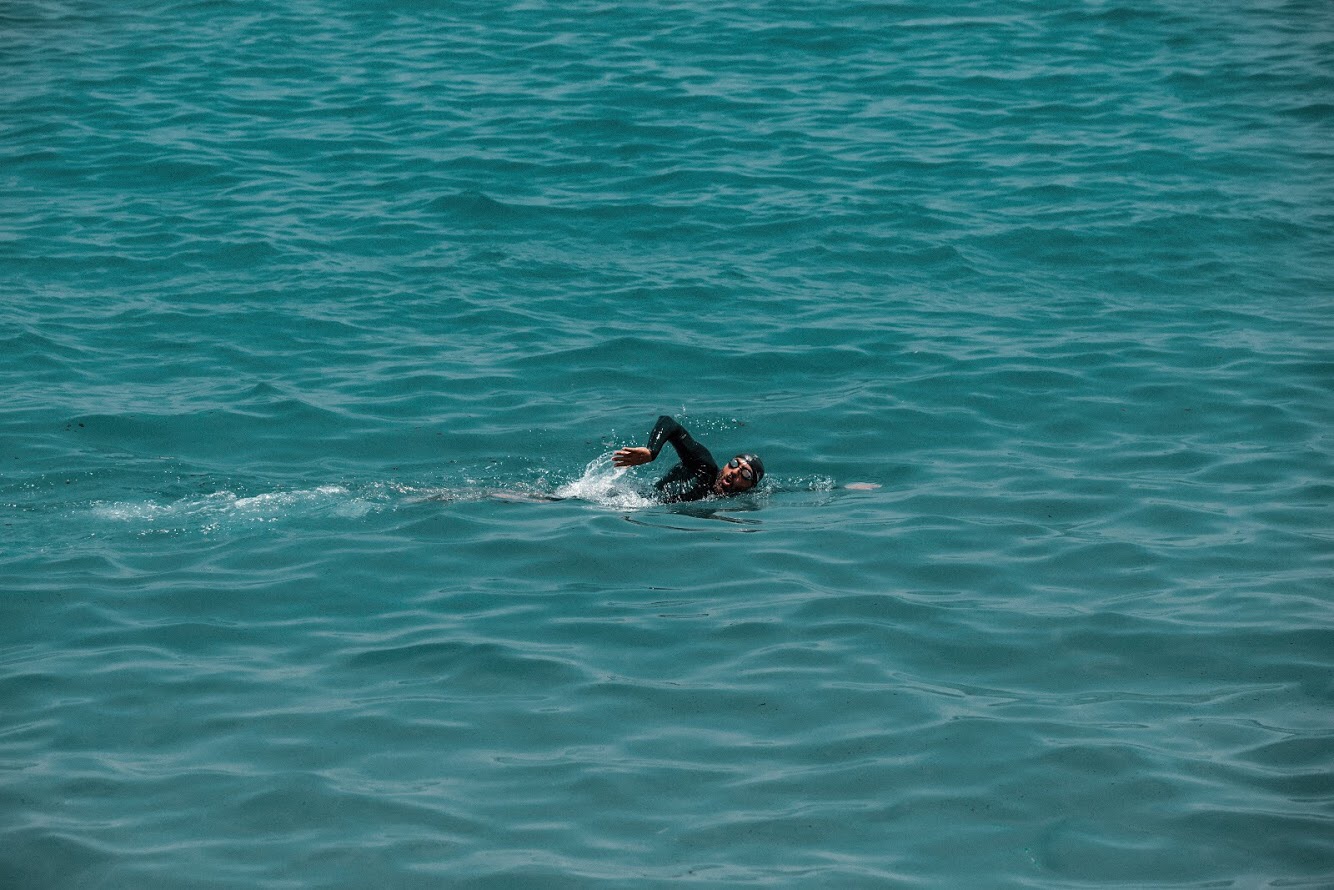 “The plan is to swim 12-15 km every day, counting in some zigzagging and unfavourable weather conditions, I am expecting to swim the whole distance in 90 days. But ultimately the plan is to finish the swim even if it takes longer to complete it,” Omar explained his plans to overcome the huge distance.

Despite his excitement and well preparation, El-Galla acknowledged the challenges he is to face at his 900 kilometres journey.

“For safety, I will be accompanied by a sailboat the whole time, which will also be my home for the duration of the swim. I also will be towing a safety buoy all the time for safety and increased visibility, and we will be using a variety of non-telephone communication equipment and tracking equipment,” he explained.

He further added that he will wear a full swimsuit including gloves, socks and a neoprene swim hood to “protect my self from losing heat and getting hypothermia.”

As for the swimming time, El-Galla has studied the timing of which the tide is to support him on his trip.

“To avoid swimming against the tide, I will time my swims during a 6-hour window in daylight when the tide is on my side. The tide changes every 6 hours, so I have two, six-hour windows when the tide is with me, and since one of those widows is at night, I have to finish the daily distance in those 6 hours in the daylight,” he pointed out. 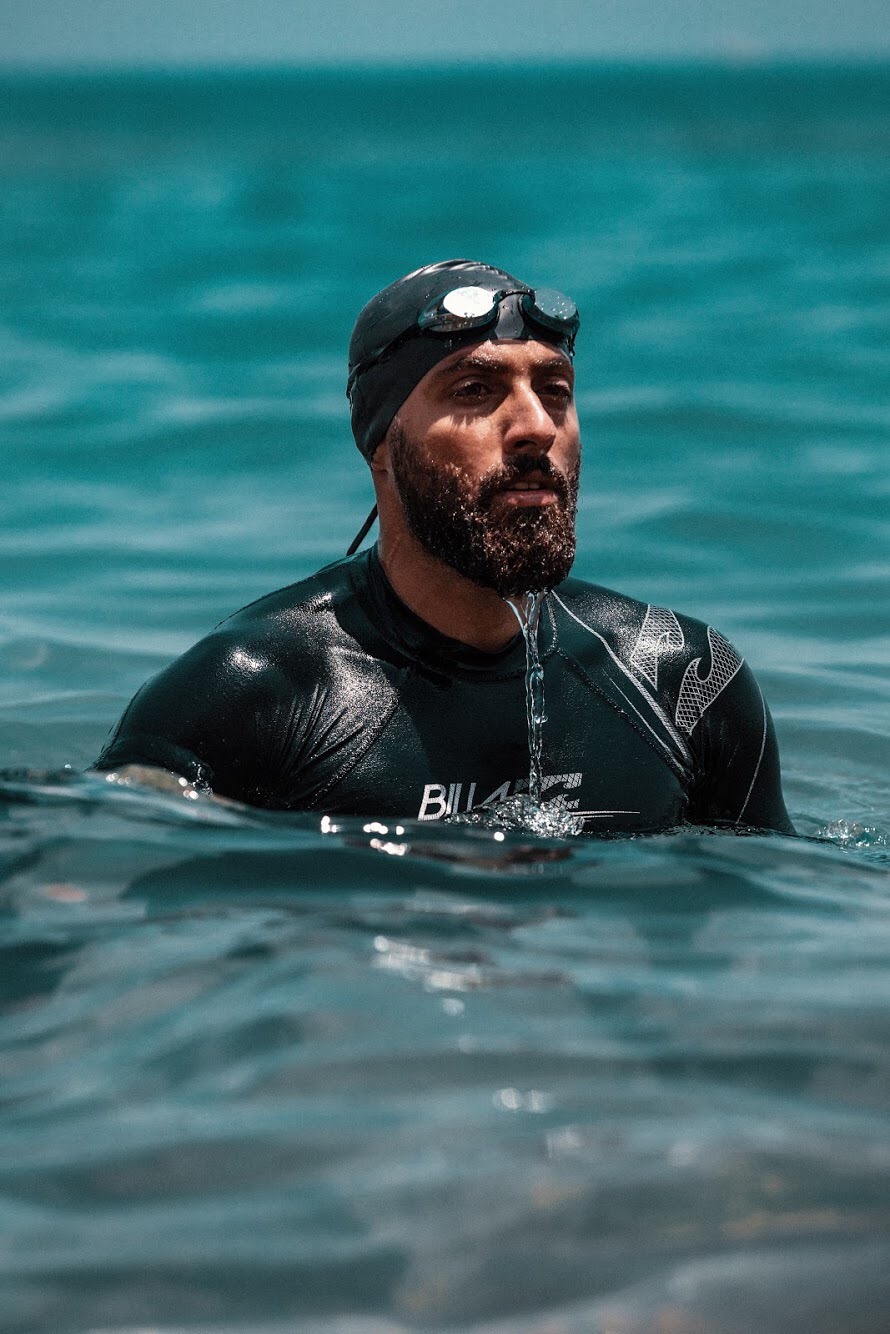 When asked about the way he psychologically prepares himself into overcrossing such a vast distance, he expressed his belief that “the distance seems absurdly long, but the trick is to break it down into very small goals.”

“I usually just think of the next hour then on finishing the day’s distance. Just focus on than, then at some point, I’ll realise that I have done 25% then I would tell my self ‘3 more of those and it is over’ then at 50% the countdown starts and that gets me going,” he further added.

The trip is planned to start on 15 September, yet people get to support El-Galla through purchasing his expedition t-shirt starting from the beginning of the month.

“There will be some challenging times and there will be some very tough times. But one thing is certain, we, the crew and I, will come out of this experience richer,” he smilingly concluded.