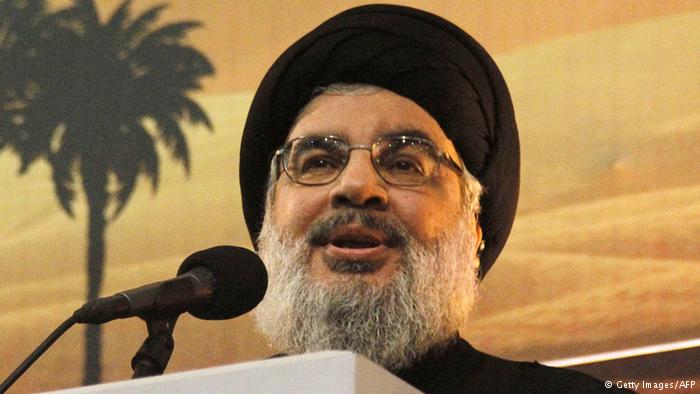 Israeli Prime Minister Benjamin Netanyahu warned Hezbollah leader Sayyed Hassan Nasrallah to “calm down” after he said his movement was preparing a response to the crash of two Israeli drones in a Beirut suburb.

“I heard what Nasrallah said. I suggest to Nasrallah to calm down. He knows well that Israel knows how to defend itself and to pay back its enemies,” Netanyahu said in a speech.

In a speech on Sunday, Nasrallah, whose Iran-backed movement fought a month-long war with Israel in 2006, accused Israel of carrying out a suicide drone attack earlier that day.

“I say to the Israeli army on the border from tonight, stand guard (on high alert). Wait for us one, two, three, four days,” Nasrallah said.

One drone fell and a second exploded near the ground and caused some damage to Hezbollah’s media center in the southern suburbs of the capital which it dominates. Israel has not claimed responsibility for the incident.

In another context, Lebanon’s Prime Minister Saad Al-Hariri said on Monday his government wants to avoid an escalation with Israel but the international community must reject Israel’s “blatant violation” of Lebanese sovereignty.

Two drones crashed on Sunday in Beirut suburbs prompting the Iran-backed Hezbollah movement to warn Israeli soldiers at the border to await a response.

“The Lebanese government sees it best to avoid any sliding of the situation towards a dangerous escalation but this requires the international community affirming its rejection of this blatant violation,” Hariri told the ambassadors of the UN Security Council’s five permanent members, his office said.

Also Iraqi Shi’ite paramilitary groups blamed Israel on Sunday for raids by unmanned aircraft which they said killed at least one of their fighters near to the Syrian border.