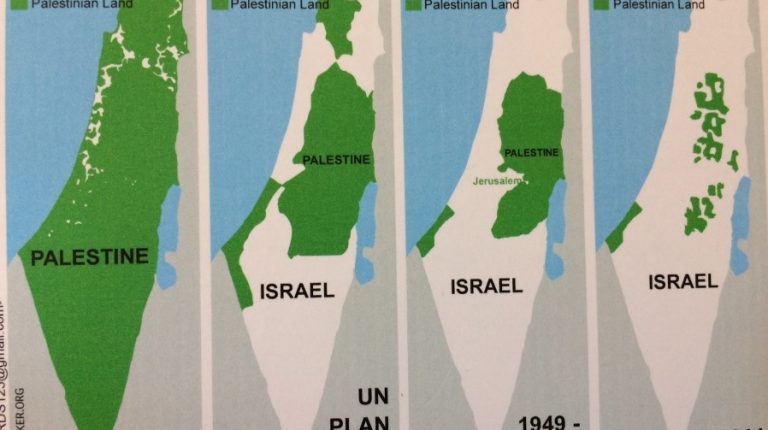 The US State Department has removed the ‘Palestinian territories’ from its website and areas in the Middle East as a step towards non recognition of Palestine as a state.

Earlier it changed the name from Palestinian state to ‘Palestinian territories’ then to ‘territories of Palestinian authority’ before undertaking complete removal of it.

The current version of the US State Department’s website only mentions Palestinians on its page for Israel, in the context of Trump administration’s peace efforts.

In response to the step, spokesman for the Palestinian presidency Nabil Abu Rudeina said the move was consistent with the ideas of the Israeli far right and an “unprecedented decline” in US foreign policy, according to the Palestinian news agency WAFA.

In a statement, the Palestinian Ministry of Foreign Affairs stated that Israel’s non recognition to the Palestinian people and their land does not mean that Palestine is not present, asserting that the US removal of the Palestinian Authority’s lands from the list of countries and regions does not abolish the existence of the State of Palestine, nor does it omit the recognition of 140 States.

Member of the Executive Committee of the “Palestine Liberation Organization”, Wasel Abu Yousef, said in media statement that the move shows Washington’s utter hostility to the Palestinian people and their presence on their land, and flagrant denial of all international conventions and norms.

He added that Washington moved its embassy from Tel Aviv to Jerusalem, closed the organization’s office in Washington and froze aid to the United Nations Relief and Works Agency for Palestine Refugees (UNRWA). Today, he added, it completes the rest of the ‘plot chapters’ by removing Palestine from the list of Middle East regions.

“The dangerous step pave way for Washington’s comprehensive plan to liquidate the Palestinian issue” he explained.

Meanwhile, the member of the Executive Committee of the Organization, Ahmad Majdalani, told the ‘Voice of Palestine’ radio that it is deplorable that President Donald Trump’s envoy to the Middle East, Jason Greenblatt called to punish the Palestinian Authority if it does not condemn the bombing of an explosive device that killed an Israeli and injured her father near Ramallah last Friday

On a different note, the Palestinian government announced that it started first steps of economic disengagement from Israel and partially get rid of the Paris economic agreement through the collection of fuel for the West Bank and Gaza Strip, which the Palestinian government receives directly, and constitutes two-thirds of the financial budget revenues, considering the step an important development towards Partial elimination of the Paris Economic Agreement.

Meanwhile, the Israeli authorities announced on Monday, a new settlement plan for the establishment of 120 housing units in the town of Derastia west of the city of Salfit in the West Bank.