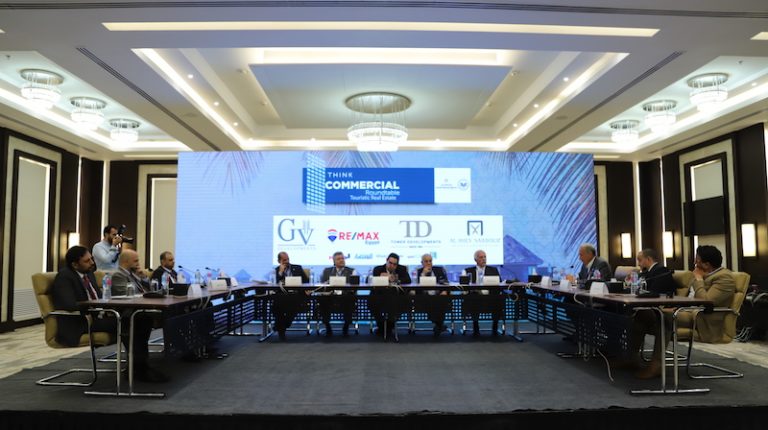 Real estate developers and marketers demanded the establishment of a higher council for real estate export similar to the Supreme Council for Tourism and the Supreme Investment Council.

Participants agreed that the suggested council should include members from all concerned government agencies, including ministries of housing, tourism, investment, and interior, in addition to the private sector.

It comes during the second session of Think Commercial roundtable on Tuesday which discussed opportunities to benefit from current tourist boom in boosting real estate sales, challenges tourism projects face in marketing, and the contribution of foreign exhibitions in improving real estate sales.

Hisham Zaazou, former minister of tourism, said the tourism movement is recovering now after suffering for a long time because of security issues and the problems that followed the 25 January Revolution, which contributed to sever decline in tourist arrivals.

“When thinking about the growth of tourism revenues, it should be seen as an integrated system, starting from infrastructure, through services and rooms to avoid random growth,” Zaazou added.

He pointed out that the number of tourist rooms in Cairo is limited to 35,000 rooms, while the governorates of South Sinai and the Red Sea contain a four-fold number of rooms.

Zaazou noted that the Egyptian tourism movement is on upward trend and that the coming period will witness a significant increase in tourist flow.

MP Amr Sedki, head of the parliament’s tourism and aviation committee, said that new types of tourism should be developed in Egypt, so that it can compete with other countries, such as Tunisia and the UAE, which have introduced medical and health tourism.

He pointed out that he submitted a draft law for medical tourism to the parliament.

Sedki elaborated that the Ministry of Environment has large spaces of natural reserves and untapped resources, which can be used in medical tourism to maximise tourism revenues, but it requires good planning to keep pace with these tourism patterns.

He called for the necessity of cooperation between universities to make medical tourism a success, through specialised colleges, such as medicine, engineering, and physiotherapy, to graduate specialised employment to work in these new fields.

Asser Hamdy, chairperson of the Orientals for Urban Development, said that property export means attracting consumers from the Gulf, Europe, or Egyptians expatriates.

He added that any tourist who wants to buy real estate will seek multiple services, such as restaurants, entertainment areas, hospitals, etc., noting that land prices in Egypt declined to $1,500 per sqm, compared to $4,000-4,500 in Dubai, which encourages investments in Egypt.

Hamdy demanded the use of e-marketing in promoting property export, unlike marketing through specialised exhibitions and other marketing methods, provided that they have real attractions for foreigners.

Khaled Nasser, Regional Director – RE/MAX Egypt and UAE, said that the foreign buyer does not buy housing units in Egypt on the basis of low price, but on the basis of the quality of building and services.

“Egypt is not the only country with good weather and beautiful beaches, as well as political unrest that occurred in the past period. Some countries, like Cyprus, went to attract Egyptian businesspeople to sell real estate there,” he explained.

Nasser said that real estate export in Egypt needs an integrated marketing plan, based on knowledge of the nature of buyer.

Omar Sabbour, chairperson of Oriental Resorts for Touristic Development, said that his company has been working in tourism housing for a long time, specifically in Sharm El-Sheikh, and the most prominent problems encountered in South Sinai, for example, is the constant change of laws.

Sabour said that there are conflicting laws related to the organisation of vacation rentals, which allows non-Egyptians the right to own and benefit from small units to stay in some new urban areas as well as in the distinct tourist areas.

Ahmed Rifai, CEO of ERA Egypt, said simple real estate products such as those in Siwa, Dahab, and desert areas have good attraction for tourists, regardless of the infrastructure problem.

Meanwhile, Ahmed Hassan, chairperson of Mariout Hills Developments, said the developers have a problem: the product should be sophisticated, and although Egypt has four different seasons, companies operate in one season, like in the North Coast region, where companies work for only three months a year.

Ian March senior property advisor said that British customers prefer property in coastal area mainly Hurghada more than Sharm El-Sheikh and North Coast, however, he attributed the decrease of the foreign property sales to the complicated issues of property registration and the ability of a foreigner to sell his unit, which is impossible before six years of ownership.