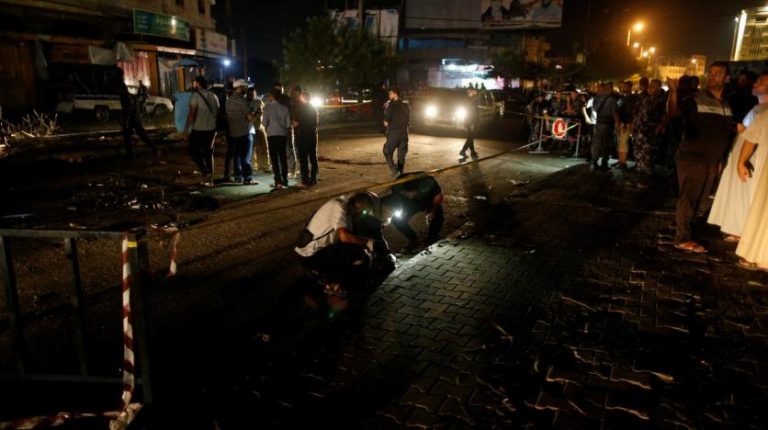 Hamas declared a state of emergency after three police officers were killed and others wounded in two suicide bombing targeting checkpoints in Gaza late Tuesday.

Hamas spokesperson said that the bombings targeted the stability and security of Gaza, according to the Palestinian Al Quds newspaper.

The dual suicide attacks are thought to be carried out by Salafist movement in Gaza that aligned with Islamic State (IS) group, accordingly, Hamas has launched a major security operation in the strip to arrest militants aligned with IS.

The first suicide bomber used a motorcycle and blew himself up near a police checkpoint killing two police officers and wounding one civilian.

Less than an hour later, the second bombing set off at a separate checkpoint, which killed another officer and wounded several people, said Hamas’s interior ministry, according to BBC.

Although suicide bombings are rare in the Gaza Strip, on August 2017, Hamas guard was killed by a suicide bomber in southern Gaza on the border with Egypt.

Hamas has run Gaza since 2007. But the clashes between Hamas and IS started since 2014, as some Islamic militant in Gaza started to pay allegiance to IS, triggering fear amongst Hamas officials.

In 2015, IS started to carry out attacks against Hamas officials. In May 2015 IS has claimed responsibility for the assassination of a high ranking Hamas commander, whose vehicle was blown up when an on-board bomb was detonated.

On a different note, Israel Defense Forces said that its air forces struck a Hamas military post in Gaza on Tuesday, as a response for a mortar shelling launched from the strip targeting southern Israel.

The Israeli military announced that its forces did not carry out any air raids overnight.