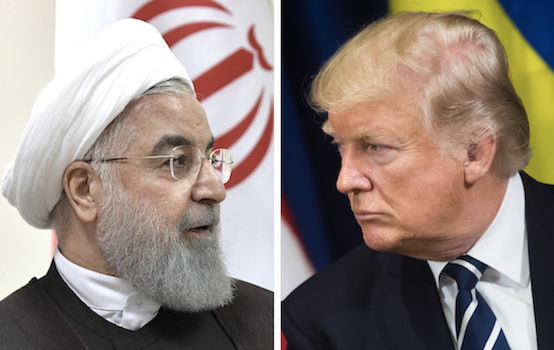 Rouhani’s comment came a day after US President Donald Trump said he is willing to meet Rouhani under the right conditions.

Tensions between the United States and Iran escalated after Trump withdrew last year from a nuclear deal that limits Iran’s nuclear activities and suspended US sanctions.

Trump has expressed a desire for a new agreement that would place permanent restrictions on Iran’s nuclear program and also halt its development of ballistic missiles. Iran has refused.

The other major powers that signed the deal with Iran in 2015 – Britain, France, Germany, China and Russia – are trying to maintain the deal. However, the US sanctions had a devastating impact on Iran, leading to the collapse of the country’s oil exports, the devaluation of the local currency, and increased inflation.

The United States sought to reduce Iran’s oil exports to zero early this year, and Iran responded by suspending some of the obligations under the nuclear deal. It then threatened to take further steps if major powers did not protect their economy from the impact of sanctions.

Western countries have accused Iran of being behind attacks on ships in Hormuz Strait.