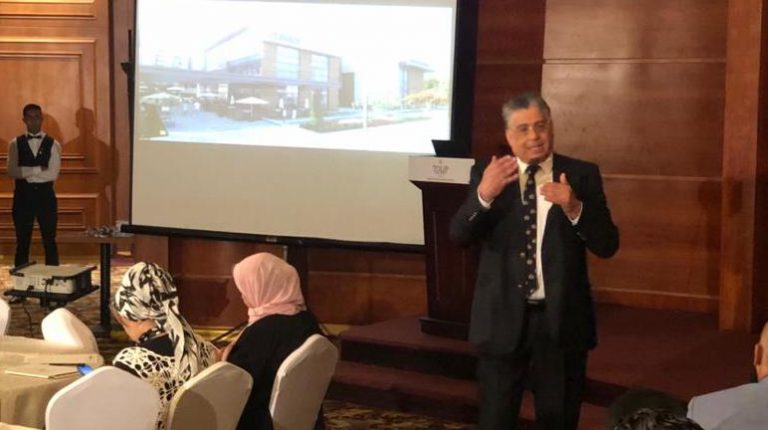 Egypt’s real estate developer MBG has opened a new office branch in Alexandria on Tuesday, as part of a series of expansions targeted by the company in the coming period.

MBG Chairperson Mahmoud Al Adl said that the opening of the new branch aims at opening new marketing outlets in the governorates.

Al Adl added, “On the occasion of the opening our new branch, the company introduced new offers represented in discounts of up to 30% when buying units in cash. Additionally, the company’s payment systems start from zero down-payment and instalment period over eight years, the project is characterized by its prime location in the New Administrative Capital just 5 minutes away from the Green River and the British University and the new exhibition grounds (Expo), and only 10 minutes away from the diplomatic district in the New Capital.”

He explained that two large companies have been selected to design the compound, to offer a distinctive integrated community that provides luxury, security and safety.

Thanks to solid infrastructure in the New capital, the competition between real estate developers is high and customers showed a strong appetite on the New Capital project, he said.

He pointed out that MBG has started the sales of the Pukka project in February 2018, the project spreads on 40 feddan and is being developed in four phases.

Al Adl disclosed that the company has sold about 70% of the Pukka project, which includes more than 1,680 housing units on an area of 40 feddan.

MBG Development has been operating in Egypt’s real estate market for 35 years and has developed several residential villages in the cities of Damietta, Mansoura, and Ras El Bar.