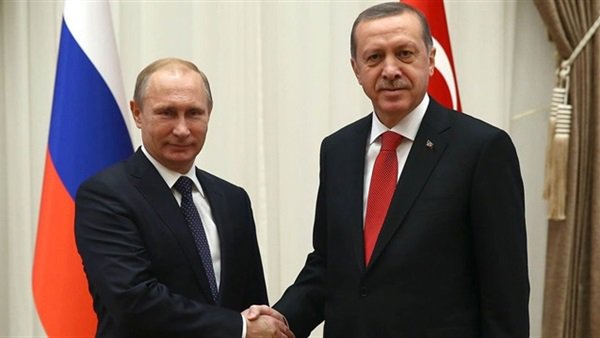 Shogayev asserted that Russia will start negotiations with Turkey on vital topics, including S-400 systems, beside the possible supply of Su35 or Su-57 fighter jets, according to Russian state-run news agency of RIA Novosti.

Shogayev’s statement came on the sidelines of the International Aviation and Space Show (Max-2019) in Zhukovsky, on the outskirts of Moscow.

On Tuesday, Russian President Vladimir Putin has offered his Turkish counterpart Recep Tayyip Erdogan the participation of Turkey in the manufacture of Russian Sukhoi aircraft.

”We can do joint work (with Turkey) on the Sukhoi-35s, and we can also cooperate on the Su-57s,” Putin said during a joint press conference with Erdogan in Moscow held on Tuesday.

In the same context, the Russian president explained that his country has the potential not only to sell, but also to co-produce with other countries.

For his part, Erdogan expressed Turkey’s desire to “continue its solidarity with Russia in many areas of defence industries,” proposing in this regard “cooperation on passenger aircraft and fighter jets.”

“We have taken note of what we can do in the various areas of defence systems, whether radar jamming or missile, and we will develop that quickly,” he said.

On the other hand, the relation between Egypt and Turkey is witnessing a deadlock. Since 2013, Egypt has decided to decrease level of diplomatic relations with Turkey from Ambassador to charge d’affaires. It also declared the Turkish Ambassador to Egypt as a ‘persona non grata’, besides asking him to leave the country.

These decisions from Egypt were in response to earlier statements by Erdoğan in which he called on Egyptian authorities to release the ousted president Mohamed Morsi.

On a regular basis, Erdoğan was criticising Egypt’s President Abdel Fattah Al-Sisi, saying that there is a great oppression against the members of the outlawed Muslim Brotherhood group. Egypt described Erdoğan’s statements as “claims and unfounded”.