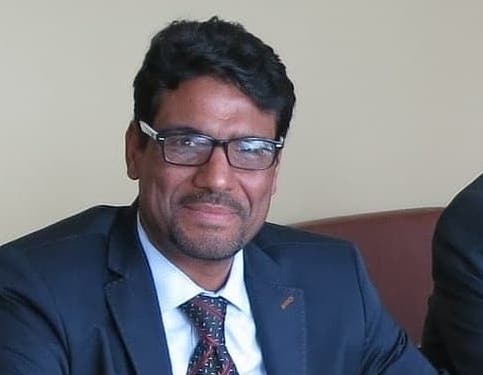 Atef Moatamed is a professor of physical geography at Cairo University and founder/director of the House of Geography for geographic studies. Despite being specialised in geomorphology, his research into political geography has seen him received a national award for his book about his sightings in Russia. He was Egypt’s cultural advisor in Russia from 2014 to 2016. Moatamed also translated several important writings, and supervised 20 masters and PhD theses.

Daily News Egypt met with Moatamed to learn more about his journey with geography and his experience in Russia. The interview is below, lightly edited for clarity:

Was it always your intention to study physical geography? If not, what made you do?

After graduation, geographers have to choose between physical geography and humanistic geography.

Preliminary research was conducted on the relationship of human interventions to pollution in the northern lakes. At the introductory stage, I found that humanistic geography is not easy as some would imagine. 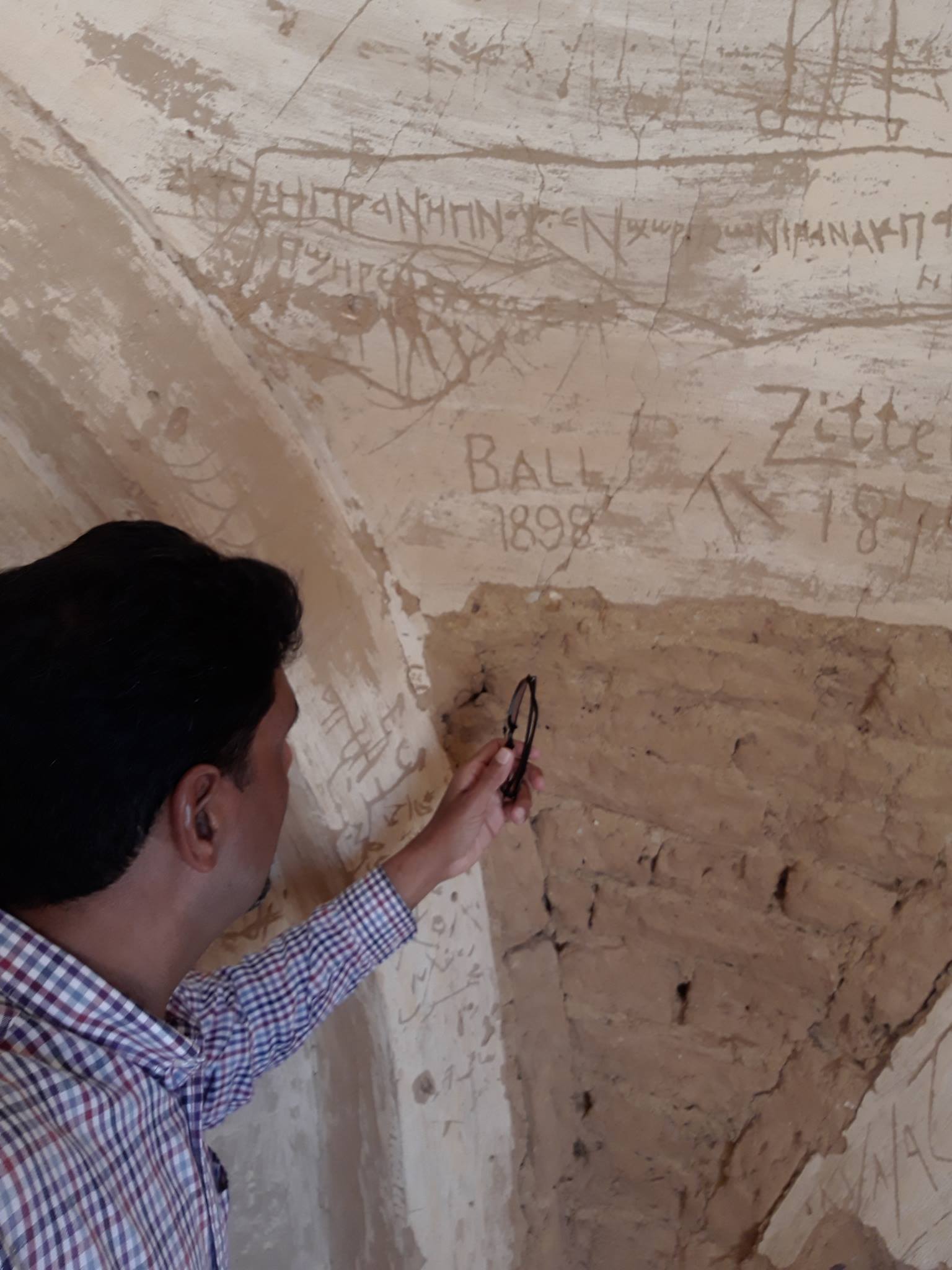 One of my difficulties was obtaining data. The statements are either top secret or the specialist refuses to disclose them.

After getting my masters degree, I received a scholarship from post-Soviet Russia in geography. At that time, I received many warnings about the situation in Russia because it was a turbulent period (5 years after the breakdown of the Soviet Union). Prof Sobhi Abdel Hakim advised me to travel, saying: You will find geomorphology everywhere, but Russia will be only found in Russia.

I chose the topic for my PhD thesis on the geomorphology of Halayib and Shalateen. I started my research at Cairo University and continued at Saint Petersburg State University, after the approval of my supervisor at the Faculty of Geography there. Halayib was a very nice place with friendly people and rich geography.

After my travel, it became clear to me that all the warnings I heard before my trip was correct, as most of the teachers emigrated and the labs were in poor condition. I took three years to complete my doctorate.

You started off studying physical geography at university, what made you interested in geopolitics?

The exposure! To be exposed to something like an important event. I was in Russia in a very critical period following the breakdown of the Soviet Union, in addition to the second Chechen war from 1997 to 2001. By then, the aftermath of the war in Chechnya had moved to the heart of Russian cities. From time to time, there were bombings, arrests, or clashes. Also, I was an eyewitness to the newly formed state in Russia. Because of my stay in Russia, I woke up to a sense of geopolitics.

On the other hand, I paid a very high price as I was exposed to xenophobia because of my colour. At that time, all coloured people were not welcome. There is no contradiction between the two majors [geomorphology and geopolitics]. Nevertheless, physical geography is the base for all geopolitical ideas, and the political geographers need to understand the physical geography very well.

You travel a lot, how important are “trips” for a geographer?

Anyone with a passion for a place can do some of what the geographer is doing, even if he has not been geographically educated. Stages based on data collection, classification, and analysis, if they are limited to reading and researching books and statistics, it could contribute to creating a researcher with insights and perspectives, but not necessarily 100% accurate because his work lacks photographs, maps, and findings of fieldwork. Like many studies of Gamal Hamdan whose work was mainly based on theoretical writing without actually knowing the reality of terrain in the ground.

Trips can benefit you and your work. Imagine a teacher who tells his students about the places he actually visited. However, there is a difference between visits and trips. A visit needs someone who acts as tourist and just does the watching, while the trip is based on adventure as you spent time and money. In geography, the one could not be recognised as a real geographer, if he has not travelled.

Is geography a science?

Geographers used to ask this question: what is geography? It is a puzzling question for all people. We can say that the branches adopted by geographies, such as physical geography, geomorphology, hydrology, and geography of soil, are science. Anything subject to the scientific method, such as data collection, analysis, testing, findings, theories, and results, is science.

It happens that sometimes the means of expressing the results that geographers use gives the wrong impression that geography is not science, meaning that whenever a geographer is drowned in the description and speaking in a language that tends to literature, it is normal for people to receive geographic knowledge as a kind of trip literature. 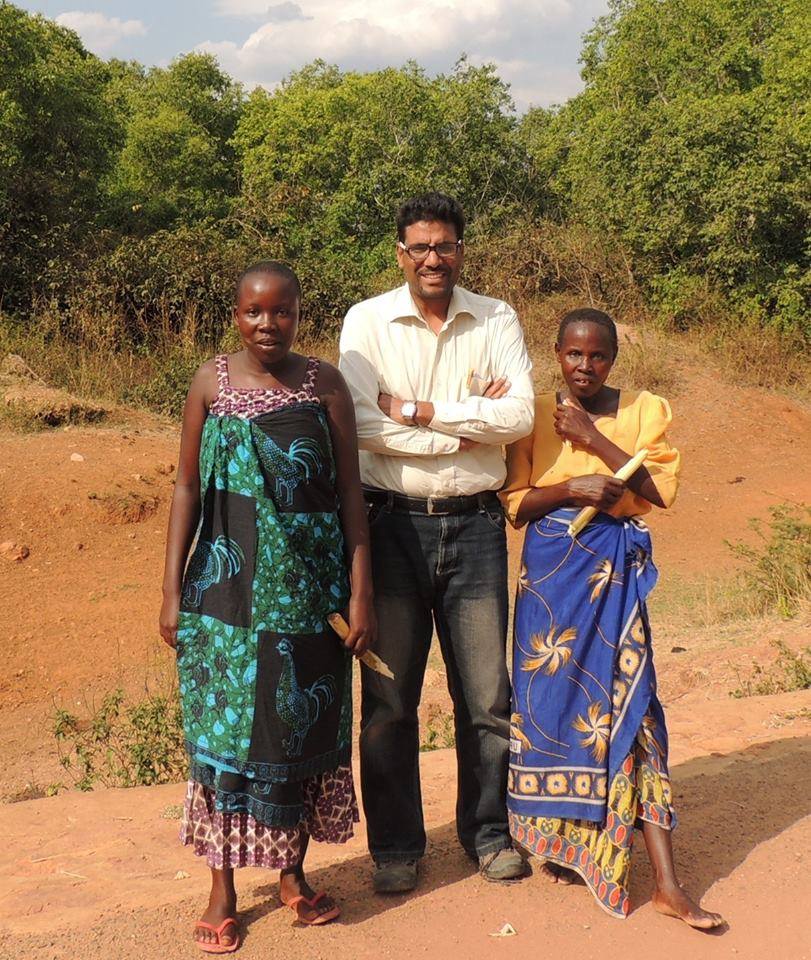 We must also distinguish between geography by people who are not scientists, and geography by geographers. I believe that the future of geography and its importance is in making geographic knowledge a companion and a tool for all human beings. One of the manifestations of the importance of geography is that the European colonialism (in the era of geographical discoveries) succeeded in its colonial tasks by depending on gunpowder and maps.

Geography is closer to the cultural composition of the common man, while it is science in the scientific community. However, the excessive use of the word geography on each direction of research, such as the geography of elections or medical geography, negatively affects geography. There should be an umbrella for these research trends, the umbrella of geography.

Does Egypt need all those geography graduates? And how can we improve geographic education?

As for the development of geographical education, there is a very big problem that many professors are unsuitable to teach and the best for them may be to devote themselves to research.

Attention must be paid to the teaching of geography in the early stages of education. There is a problem in education curriculum besides the limited trips for students and poor tools of geographical education. We can say that 80% of the problems in geography education in Egypt are at schools, and the rest emerges in the university.

Another very important problem is that one form of geographic education is to expand the teaching of geographic work tools, such as GIS and surveying. Geography departments are graduating specialists in drawing and space tools that any non-geographic graduate can learn through an intensive course. Some students believe that by joining the geography department, they can work as a space engineer, which is not true.

You are the founder of the House of Geography, can you tell us about the forum and the idea behind it?

The name of the forum was inspired by the name of the Italian Geographical Society called “House of Geography”. It aimed to provide geographers with data, as well as to provide a cultural component of geography to non-specialists. The forum is a non-profit and self-financing entity. It is good that some professors gave us their books and papers for publication on our website. The forum offers presentations for books and provides research and studies in geography and geographical heritage. 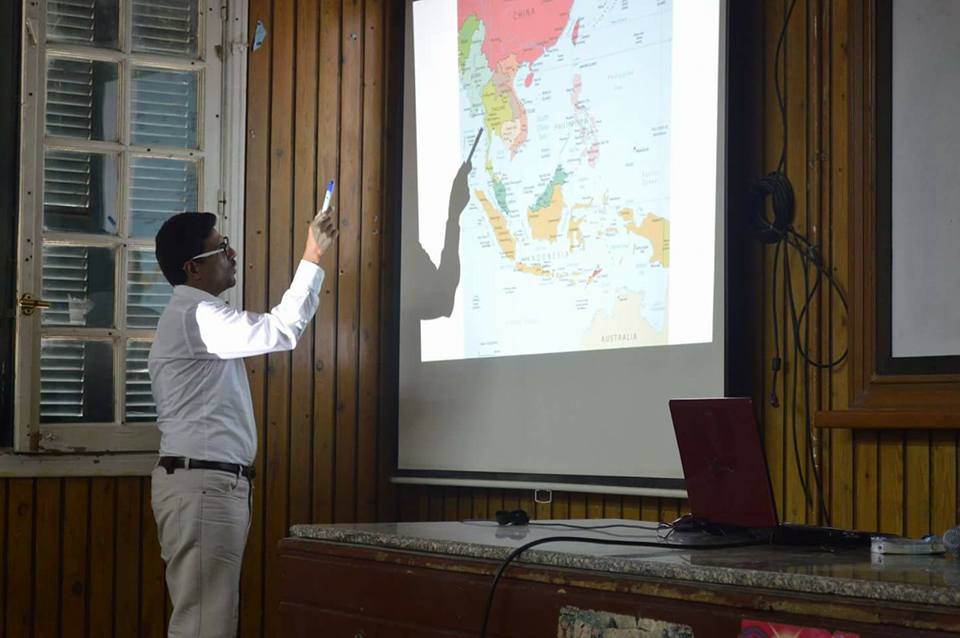 You served as Egypt’s cultural advisor to Russia, can you tell us about this experience?

I worked as cultural advisor of the embassy of Egypt in Russia from 2014 to 2016. It was possible to extend my work there, but I preferred to return to academic and research work. I was an eyewitness to the development of cultural relations between Egypt and Russia. I tried to make contacts between several universities in both sides, such as the agreement between Tanta University and Astrakhan University, Cairo University and Moscow University, and other agreements among Egyptian and Russian universities.

The aim of these agreements is to facilitate the exchange of students and researchers between universities in both countries. During my career, I tried to change stereotypes about Egypt among Russian students and worked on several exhibitions to introduce Egypt’s history and culture to children.

Recently, thousands of Egyptian students are heading to Russian universities, what do you think attracts them to study in Russia?

Russia, like other European countries and America, has opened its universities to foreign students as a primary source of funding for these universities. There are many differenced between universities of Russia, America, and Europe in terms of expenses, but not admission.