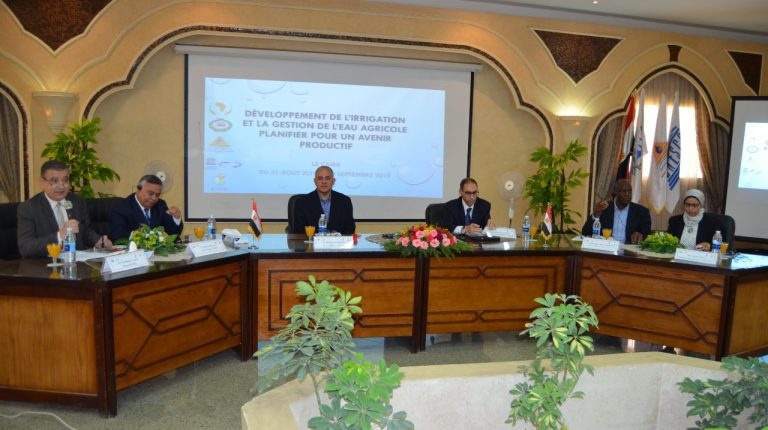 Minister of Water Resources and Irrigation Mohamed Abdel Aty said on Saturday that Egypt has handed over its vision regarding the filling of the reservoir of the Grand Ethiopian Renaissance Dam (GERD) and its operation during flood and drought times, to Ethiopia and Sudan.

The Egyptian vision stressed the importance of considering the flood situation during the filling process in a way that achieves the objectives of Ethiopia to generate energy without harming Egypt’s water share.

He added that Egypt has asked the Ethiopian side to reschedule the six-party meeting between the three countries (Egypt, Sudan, and Ethiopia) for mid-September. The meeting was previously set to be held in August.

The minister pointed out that regarding the water situation, the period of growing crops that require large amounts of water (peak irrigation season) has passed with the least complaints, and serious preparations for the coming flood season are underway.

He further pointed out that we need to wait until the end of September to accurately estimate the flood. He stressed that all departments of the ministry are following up the situation on a 24-hour-a-day basis.

Abdel Aty made his remarks in a press statement on the sidelines of the opening ceremony of a training programme in the field of “Irrigation Development and Water Use Management in the Agriculture Sector in Africa”.

The training programme is being held over 10 days from 31 August to 9 September. Seventeen trainees representing 15 African countries including Algeria, Djibouti, and Tunisia are attending the training.

This programme is part of the joint cooperation between the Ministry of Water Resources and Irrigation, and the
Arab Fund for Technical Assistance to African Countries of the Arab League and the African Union.