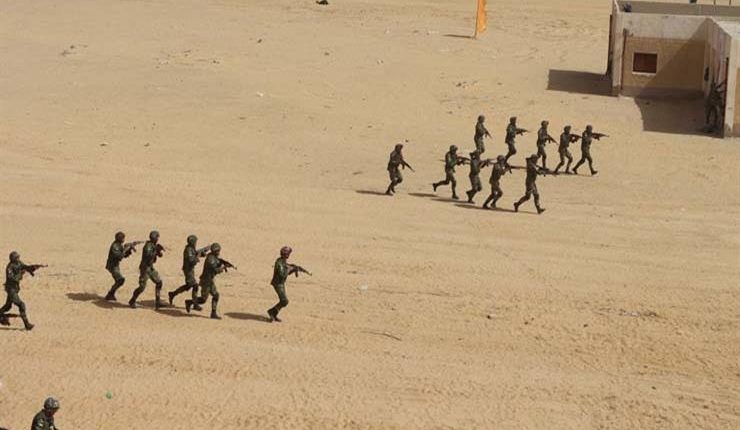 The exercises included carrying out several missions such as airborne operations to regain control of several vital targets and clear them of all terrorists, according to Egypt’s Armed forces spokesperson.

The training also included reconnaissance training, theoretical lectures, and practical activities to achieve homogeneity and integration of forces and to identify the technical and tactical properties of weapons and equipment.

The initial stages of training included raising the level of combat readiness, implementing preparations, and improving cooperation between the participating forces.

“Egypt hopes the training will help to enhance the skills of its forces, unify combat concepts and teamwork,” the spokesperson said.

The participating forces carried out a practice that included the storming of an airport controlled by armed groups, besieging the airport and eliminating the armed groups to secure the airport from terrorist elements.

The “Protectors of Friendship” drills were carried out for the first time in 2016 in Egypt, and it takes place on an annual basis, to cooperate in combating and field expertise and support joint efforts.​

Egypt, eight countries to form more than half of world’s population increase in 2050:UN