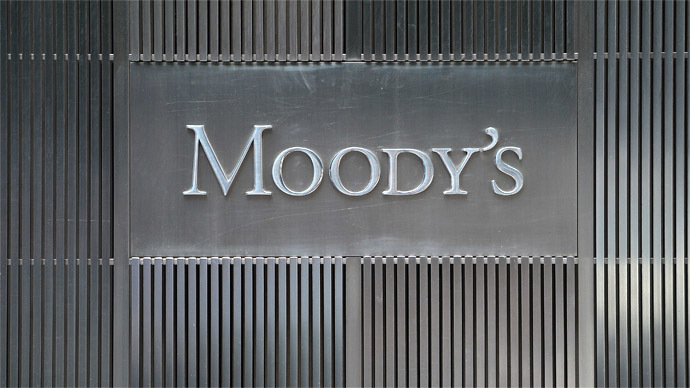 Moody’s said in its annual credit analysis report on Egypt that the country’s economy ranks in the 70th percentile among all the sovereigns Moody’s rate by GDP size, and fifth among B-rated peers, and that its GDP growth rate of 5.6% in the fiscal year (FY) 2019, reflect a ramp-up in natural gas production and a continued recovery in the tourism sector, “we expect further convergence to 6% by 2021.”

“Egypt’s debt affordability as measured by interest to revenue will remain very weak and financing needs very large in the next few years,” said Elisa Parisi-Capone, a Moody’s vice president – senior analyst and the report’s co-author.

“Over the longer term, the removal of structural obstacles to a more inclusive, private sector-led growth model will be a gradual process that remains exposed to long-standing vested interests or the risk of reform reversal,” she added.

A strong economy, yet weak finances

Consequently, the credit rating agency assesses Egypt’s economic strength as “high,” primarily supported by the country’s large scale and economic diversification, which have offered a degree of economic resilience through difficult economic and political conditions starting in 2011.

The report indicates that Egypt’s credit strengths include its large domestic funding base and replenished foreign exchange reserves, adding that growth is broad-based and the unemployment rate at 7.5% as of June 2019 has declined to pre-2010 levels.

The report forecasts GDP growth to hit 6% by 2021, as natural gas production increase, and tourism recovery continues, “Our growth forecast is above the median for B-rated sovereigns and in line with Egypt’s long-term trend growth.”

However, the report indicates that over the longer term, more inclusive growth will depend on a rise in the employment rate – particularly among women – to absorb a large number of new entrants to the labour market in light of Egypt’s comparatively high fertility rate and higher than average share of youth unemployment, particularly among graduates.

Egypt’s energy sector is key to the sustainability of the country’s growth potential, the report explains, adding that, as of June 2019, Egypt’s arrears to foreign oil companies had fallen to $900m from $1.2bn a year earlier.

Additionally, Moody’s believes that the gradual clearance of these arrears has resulted in renewed exploration activity, combined with Egypt’s strategic location and the availability of liquefied natural gas (LNG) export infrastructure support its ambition to become a regional gas hub to collect and distribute significant new gas resources that have recently been discovered in the Mediterranean, including in Cyprus and Israel.

Another growth factor cited by the report is the large infrastructure projects aimed at reducing congestion in the capital Cairo while providing development and employment opportunities in less developed regions.

Such projects include the New Administrative Capital which is intended to become Egypt’s new administrative and financial capital housing main government departments, ministries, and foreign embassies, and will also provide housing for up to 5 million people. Other large infrastructure projects include the Suez Canal Economic Zone; the National Housing Project; and a commitment to invest EGP 51bn (around 20% of GDP) in upgrading roads over the next five years.

Institutional strength does not yet reflect undertaken reforms

Moody’s “low” assessment of Egypt’s institutional strength does not reflect the country’s economic, monetary and fiscal reforms over the past three years under Egypt’s three-year IMF programme and the government’s demonstrated commitment to continued reforms.

The credit rating agency assessment is based on the Worldwide Governance Indicator (WGI) scores as a starting point, which still reflects the impact of almost three years of political turmoil (2011-14).

“Backward-looking indicators such as WGI (2017 being the latest available) are not representative of the improvement in government effectiveness that has been evident over the past three years,” the report indicates.

Moreover, Moody’s believes that Egypt’s current monetary policy framework remains based on money targeting as the central bank moves to an inflation-targeting regime with technical assistance from the IMF, indicating that despite policy rate cuts by the Central Bank of Egypt (CBE) in February and in August 2019 to 14.25%, the current monetary policy stance remains restrictive, with real rates in positive territory.

However, the exchange rate remained stable after sharply depreciating in November 2016, and since early 2019, the pound has begun to appreciate slightly vis-à-vis the US dollar in light of renewed capital inflows.

“We project a gradual decline in the exchange rate in response to the monetary easing cycle that we expect to continue,” the report forecasts.

“We expect the primary surplus to continue to increase toward the 2% of GDP threshold in FY 2021 and that the general government deficit will decline to 7.5% in FY 2020, mostly supported by spending reductions,” said the report.

The report cites the final round of fuel subsidy cuts, increasing domestic prices by between 16-30%, and applying the price indexation mechanism is key to permanently reducing Egypt’s fiscal sensitivity to volatile international oil prices. “The government remains committed to eliminating electricity subsidies by establishing cost-efficient tariffs by the end of FY 2022.”

However, the credit rating agency foresees that Egypt’s “very low (-)” score for fiscal strength reflects large fiscal deficits and a very high, though declining, government debt burden, as well as the increased foreign-currency share of total debt at around 30% since the flotation.

“As such, very low debt affordability will remain a key feature of Egypt’s fiscal profile, indicating a heightened sensitivity to higher borrowing costs. The question of debt affordability would become one of domestic and external access to liquidity in the event of a severe shock,” the report indicates.

Yet, Moody’s expects domestic borrowing costs to begin to gradually decline in line with lower inflation expectations as the level effects of energy price hikes dissipate. However, gains from lower short-term borrowing costs will be partly neutralised by the extension to longer maturities, which are more expensive because of the term premium.

The report indicates that Egypt’s “moderate (+)” assessment of political risk is driven by domestic political risk. A combination of factors, including government measures to distribute the proceeds of strong growth more effectively and higher growth to support labour market activity, has reduced the risk that reforms could be reversed over the next few years.

In the longer term, however, removing structural impediments to a shift to more inclusive, private sector-led growth will be a gradual process and one that remains exposed to long-standing vested interests or the risk of reform reversal, or eventual succession risk.

In regards to Egyptian banks, the credit rating agency describes them as a reliable and important source of domestic funding, indicating that relative to capital, Egyptian banks’ sovereign exposure ranges between 4x and 9x the capital base of individual banks, among the highest of rated banks globally.

The report indicates that although banking sector assets amounted to 110.5% of GDP as of March 2019, the potential for industry growth remains significant because of the country’s low levels of financial inclusion and efforts to increase that level through technology.

“We expect banks’ exposures to government securities to increase further because Egyptian banks will remain the government’s main source of financing. However, we also expect balance sheet growth of around 15% in FY 2019, propelled by brisk economic activity,” the report added.

In regards to the government’s gross borrowing requirements, they remain very large as a result of large fiscal deficits and the relatively short average term to maturity of the government debt stock.

The report indicates that Egypt’s gross financing needs are the third largest among the sovereigns that Moody’s rate, after Barbados and Japan, and only marginally higher than Bahrain.

Its high-interest bill of around 9% of GDP and the short average maturity of its domestic debt stock at below 3.5 years will according to Moody’s estimates result in annual gross financing needs of 30-40% of GDP over the next few years. These elevated financing requirements expose the government to shocks in borrowing costs that could rapidly contribute to adverse debt dynamics, a key source of government liquidity risk.

On the other hand, Egypt’s external vulnerability risk was assessed as “low (-)”, reflecting the shift to a positive basic balance in which net foreign direct investment inflows cover the current-account deficit of around 2.5-3.5% of GDP, the report indicates.

The report cites Egypt’s increase in fertility rates and securing water resources as long-term economic challenges, citing the country’s fertility rate which has risen to 3.5 children per woman from a low of 2.7 in 2009 following the 2011 revolution, and around 3.5 million young Egyptians are projected to join the labour force over the next five years, creating demand for employment.

On the water resources issue, the report cites the decreasing rate of annual rainwater which affected the Nile flow, accordingly Egypt is seeking to reduce its water dependency on the Nile via the installation of desalination plants and via the application of strict rules for the cultivation of water-intensive crops such as rice and sugarcane, among other measures.