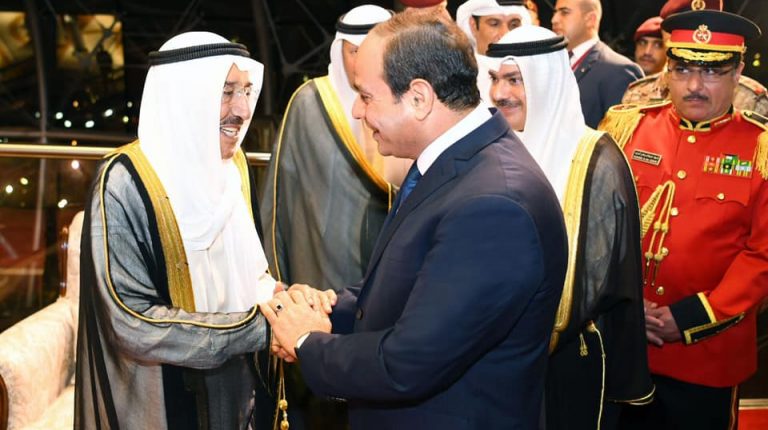 During the meeting, Al-Sisi stressed that the security of Kuwait and the Gulf has as much significance as Egypt’s security, according to the Egyptian Presidency’s spokesperson, Bassam Rady.

During the meeting, Al-Sisi addressed several issues including the security coordination between Egypt and Kuwait and efforts to counter-terrorism and extremism, state-run media news agency MENA reported.

The president also emphasised the significance of parliamentary relations between both countries, MENA cited Bassam Rady.

For Marzouq Al-Ghanim, he asserted his country’s support to Egypt in its development path on the political, economic, and social levels.  Al-Ghanim also hailed historical relations between Egypt and Kuwait and their peoples.

Egypt and Kuwait enjoy strong relations at all levels including trade exchange estimated at around $3.2bn. Kuwait ranked fourth among countries investing in Egypt, the third Arab country, recording $4.7bn, through 1,302 companies, according to Kuwaiti Minister of Finance Nayef Falah.

The areas of cooperation include “building and construction, industry, agriculture, and finance.”

Kuwait has pledged to continue security consultation and cooperation with Egypt’s authorities, following Kuwaiti authorities’ hand-over of eight Egyptians to their country’s security forces last month over charges of terrorism.