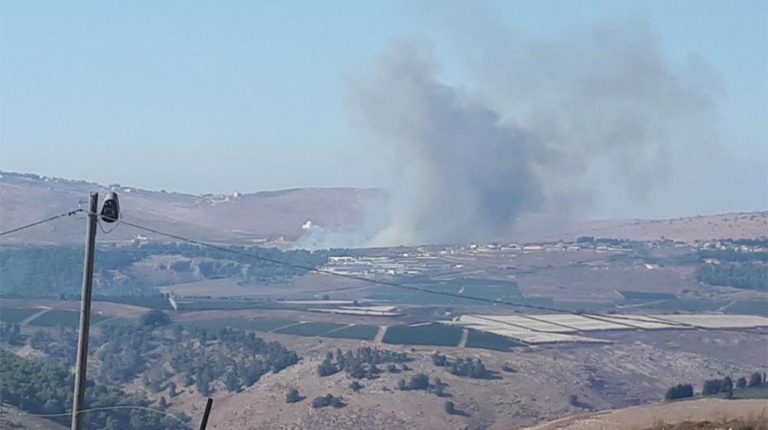 An Israeli drone violated Lebanon’s airspace on Sunday and dropped incendiary materials, setting fire to a forested border area, according to a statement from the Lebanese army.

“An Israeli enemy drone violated the Lebanese airspace from the Bastara farm and threw incendiary materials at the oak forest in the area, causing a fire,” the army said.

The Lebanese army’s statement said it is following the developments of the breach with the United Nations peacekeepers in the region, without giving further details.

Israeli aircraft frequently violate Lebanese airspace, but the army rarely targets them as the Lebanese army has no air-defence systems. Beirut has repeatedly complained to the UN about Israel for violating its airspace.

Hezbollah announced that it had destroyed an Israeli army vehicle and killed and wounded those who were inside it.

On Saturday, the Israeli army said it had ordered extra troops near the border with Lebanon amid mounting tension with the Lebanese Hezbollah group which is backed by Iran.