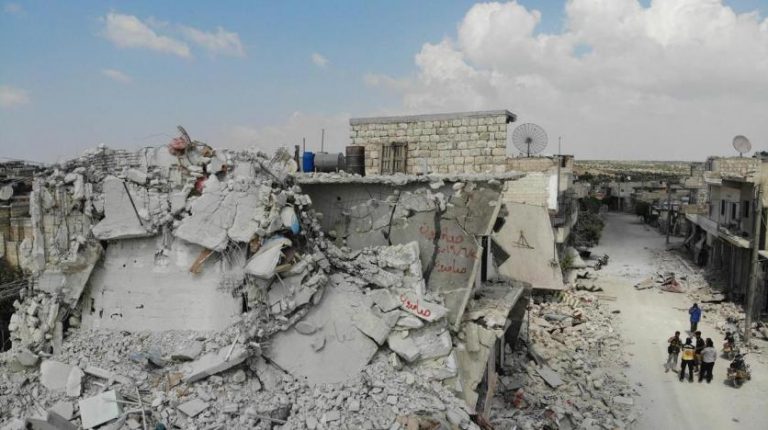 Russia has announced a unilateral truce by Syrian government forces starting from Saturday morning in the rebel-held Idlib province, the Russian Reconciliation Center for Syria said in a statement.

Although the Syrian government agreed to the truce, the army announced that it has the right to respond to violations by rebel groups, according to the Syrian Arab News Agency (SANA).

The truce is the second such agreement, as in August the UN chief ordered a special investigation into the repeated bombing of hospitals and schools in Idlib by Syria and Russia, and the Syrian government announced a ceasefire hours later which broke down days after going into effect, renewing attacks by regime forces and its allies.

Only a day before the ceasefire went into effect, Syria and its ally Russia have carried out intensive air raids against Idlib and deployed ground reinforcements, including Iranian-backed militias, army defectors and residents told Reuters on Friday.

The Syrian Observatory for Human Rights reported that the Friday operations carried out by the regime forces and Russia, had killed about 50 persons.

At least 4,099 people were killed since 30 April 2019, the date of start of the most violent escalation in terms of aerial and ground bombardment, the report added.

Moreover, the attacks prompted UN warnings of a new humanitarian crisis. The UN has reported that more than 500 civilians had been killed and many hundreds more injured since the start of the escalation in northwest Syria in late April. The World Health Organization (WHO) and The United Nations Children’s Fund (UNICEF) reported that 43 health facilities, 87 schools, 29 water stations, and seven markets have all been impacted by fighting since April.