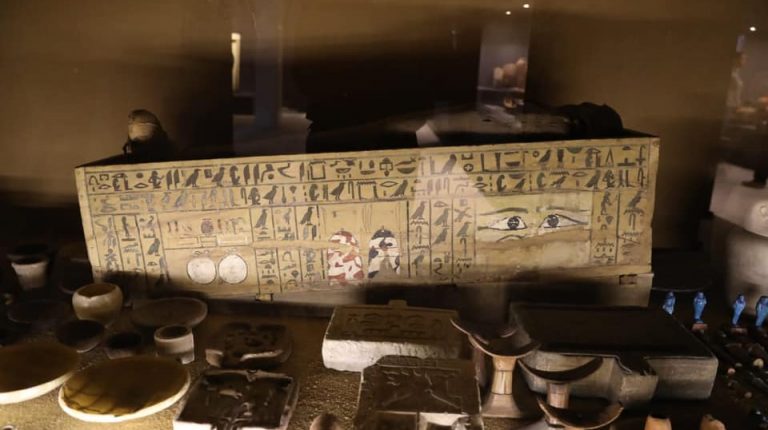 As part of Egypt’s continuous efforts to renovate museums, the Minister of Antiquities Khaled Anany inaugurated on Saturday the Tanta Museum after 19 years of being shutdown. The opening was attended by Moustafa Waziri, Secretary-general of Supreme Council of Antiquities, and Gharbia governor.

The museum showcases a total of 2,500 artefacts from various ancient eras; Roman, Greek, and Pharaonic, most notably a statue of Imhotep – the architect of the Step Pyramid of Djoser in Saqqara – an icon of Virgin Mary, and a statue of the god Osiris.

The five-floor museum puts 1,208 coins on display from almost Egypt’s all historical eras. It also features statues from the country’s various historical periods.

One of the museum’s floors is dedicated to the Ancient Egyptians’ beliefs of the afterlife and their focus on burial chambers as the first phase of the resurrection of the dead bodies. The museum showcased a custom made replicas of doors, statues, and offerings, similar to the ones that were found carved on burial chambers to present the preparations people had to the afterlife.

The restoration process started at the end of 2017, focusing on the museum’s timeworn structure, and building two extra showrooms for antiquities.

It is to open its doors to the public for free for two weeks, according to Anany. The museum was built in 1913 as a part of the municipality building to be the city’s main museum.