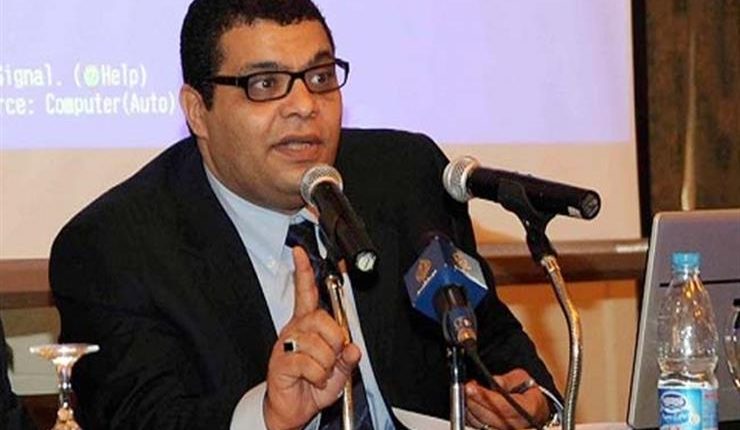 Egyptian writer and political analyst Mostafa El-Labbad passed away on Sunday at the age of 54.

El-Labbad was born in Cairo in 1965. He is the son of the late cartoonist, author, and pioneer graphic designer Mohie El-Din El-Labbad, who died in 2010.

El-Labbad served as the Director of Al Sharq Centre for Regional and Strategic Studies, and was the Editor-in-Chief of Sharq Nameh Egyptian Magazine, one of the issues of the centre.

Mostafa holds a PhD in political economy in the Middle East from the Humboldt University of Berlin in 1994 and his main interest was Turkish, Iranian, and Central Asian affairs.

He is the author of Hada’ek Al-Ahzan (Garden of Sadness: Iran and the rule of the Faqih) issued in 2006. He also co-authored other books including Turkya bayn Tahadeyat Al-Dakhel Wa Rahanat Al-Khareg (Turkey between Internal Challenges and External Bets), published in 2009.

The Supreme Media Council mourned the distinguished author, saying that Egypt’s academic and media field has lost a notable thinker and scholar.