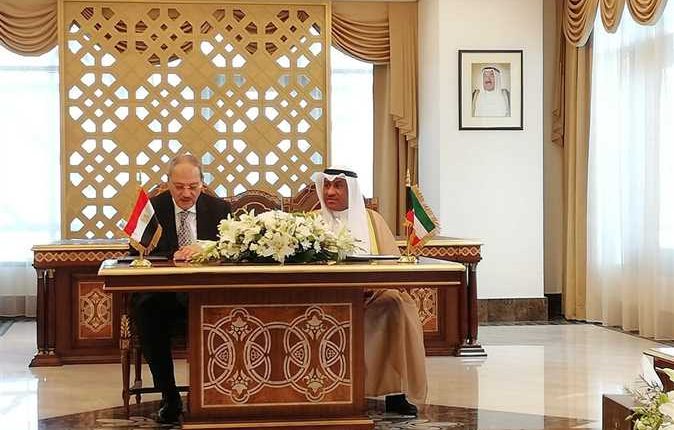 Cybercrime perpetrators residing in Kuwait who aim to harm the national security of Egypt will be arrested and handed over to Egypt, and vice versa, Egypt’s Prosecutor General, Nabil Sadek, told Middle East News Agency (MENA) on Monday.

Sadek signed on Sunday a memorandum of understanding (MoU) on judicial cooperation with his Kuwaiti counterpart Dherar Al-Asousi between the two countries.

Egypt’s Prosecutor General’s office revealed that the new cooperation will include combating crimes, upgrading the proficiency of prosecution members in the two countries, exchanging intelligence as well as handing over suspected criminals.

Meanwhile, the MoU includes cases of money laundering, the embezzlement of public funds and the handover of defendants and suspect terrorists, Al-Asousi told Kuwaiti newspaper Al-Anba on Monday.

In a meeting between the two top prosecutors, Sadek affirmed that the MoU has nothing to do with what became known as the “Kuwaiti cell,”, adding that the handover of eight suspect terrorists last month came as part of joint security agreements between Kuwait and Egypt, MENA reported.

Earlier in July, Kuwaiti authorities handed over eight Egyptians to their country’s security forces over charges of terrorism.

The suspect Muslim Brotherhood members are on trial and charged with joining a banned “terrorist organisation that works to undermine state institutions.”

In April this year, the White House said that United States President, Donald Trump, plans to designate the Brotherhood as a foreign terrorist organisation too.