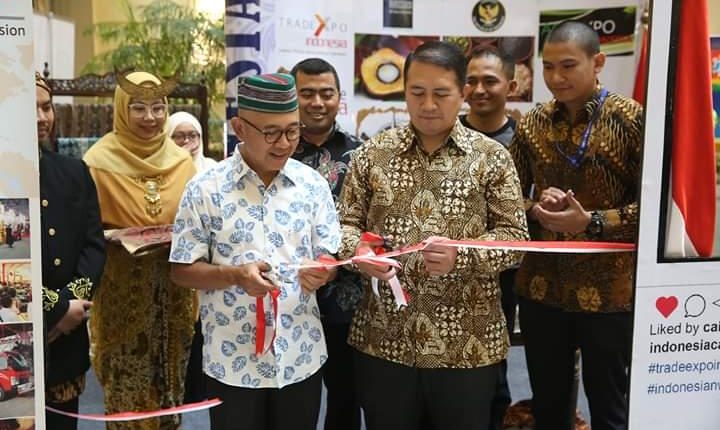 “We aim at spreading the Egyptians’ awareness of Indonesian products. We are also considering arranging B2B meetings including Egyptian and Indonesian businesspersons during these exhibitions,” the sources added.

Mohamed Aji Surya, deputy chief of mission at the embassy, inaugurated the Instore Promotion last Friday, accompanied by other embassy staff members, the sources noted, asserting that the event is part of irregular exhibition series that took place last period.

Egypt-Indonesia trade exchange hiked by 18% to $340m during the first quarter (Q1) of 2019, compared to Q1 of 2018’s data, the Indonesian ambassador to Egypt, Helmy Fauzy, told DNE in May 2019, adding that both exports and imports from Egypt are improving.

Interestingly, Egyptian authorities are discussing inking a Preferential Trade Agreement (PTA) with Indonesia as an initial step before inking a Free Trade Agreement (FTA) to boost trade exchange which exceeded $1.5bn in 2018.

A business mission from Indonesia is planned to visit Egypt in September, the ambassador said in previous announcement, adding that the mission will be a cross-sector one.