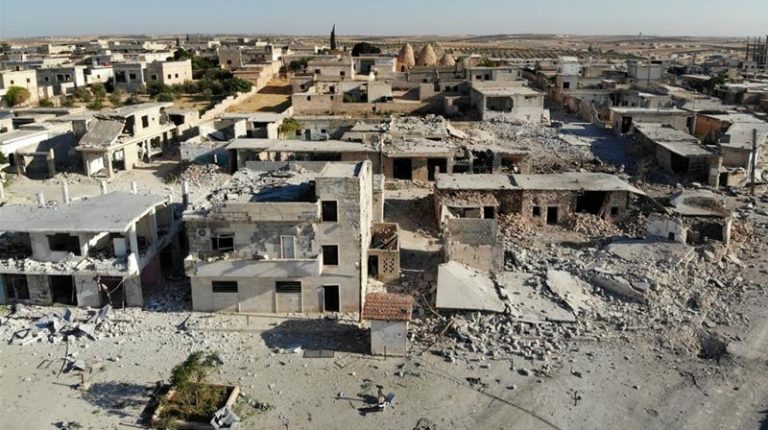 The Syrian Observatory for Human Rights reported the death of the first citizen, after only 12 hours since the ceasefire come into effect, as the Syrian government carried out a missile shelling targeting the proving of Idlib.

Although neither Syrian or Russian warplanes target Idlib governorate since the ceasefire came into effect, missile shelling were allegedly carried out by Syrian Army ground forces targeting areas in the southern and south-eastern countryside of Idlib, causing many casualties and injuries, the report added.

The United States has also confirmed conducting strikes against Al-Qaeda facility north of Idlib on Saturday in an attack aimed at the organisation’s leadership.

The Syrian Observatory for Human Rights reported that more than seven explosions were caused by missile strikes targeting the headquarters of the Jihadi faction of Hurras Al-Din in Idlib governorate, killing more than 40 militants, including some commanders.

The Russian TASS news agency, citing the Russian Defence Ministry, said that the US had not forewarned neither Russia nor Turkey about the strikes. It added that Russian and Syrian warplanes had not carried out raids in the region recently.