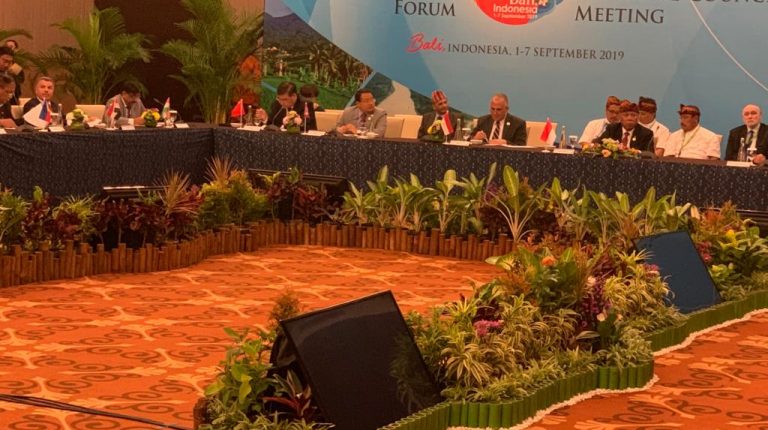 The Minister of Water Resources and Irrigation, Mohamed Abdel Aty, highlighted Egypt’s water challenges in light of being one of the most drought prone countries in the world, where 95% of its land is desert.

During his speech, before the opening ceremony of the third World Irrigation Forum 2019  (WIF) in Bali, Indonesia, the minister noted that the Nile river is the main source of water in Egypt as it represents more than 95% of the water country’s water resources.

He stressed that upstream and downstream countries in the Nile river basin should coordinate when implementing any facilities over the Nile, in order not to cause any serious damage to any of the countries and achieve the requirements of development in the source upstream.

The minister outlined Egypt’s strategy for water resources management. He explained that the strategy relies on four axes: purification and improvement of water quality, rationalisation of water uses, water resources development, in addition to creating an enabling environment.

He pointed out that improving water quality is a priority in the implementation of the strategy as 33% of the water resources are reused. This percentage is planned to increase to 40% in the next two years. Thus, the efficiency of water use in Egypt is the highest among its African counterparts.

During his speech, Abdel Aty reviewed his ministry’s efforts in rationing water use in agriculture which included supporting the experiences of applying modern irrigation methods.

He also highlighted the importance of the national competition for water conservation and the state plan to expand the application of modern irrigation systems through training farmers and finding positive incentives to encourage them.

Moreover, Abdel Aty met with Edward Mansour, chief water and land officer of the Food and Agriculture Organisation (FAO), and discussed the future cooperation plans. He stressed Egypt’s intention to shift from a flood irrigation system to the use of modern irrigation systems and emphasised the need to prepare training programmes, and educate farmers to expand the use of modern irrigation.