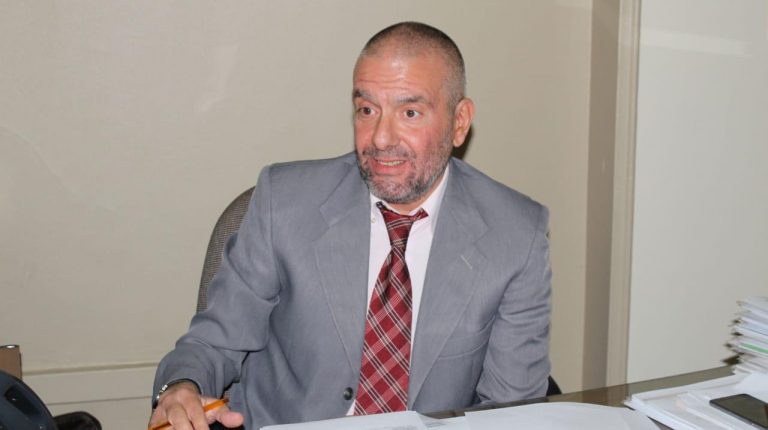 “We discussed this matter with the Egyptian authorities and we agreed on the importance of encouraging non-petroleum trade as oil seizes the largest share of our bilateral trade exchange,” Gassios noted, stressing that trade exchange reached €1.8bn last year.

Daily News Egypt interviewed Gassios on the occasion of the Greek companies’ participation at the 2019 Big 5 Construct Egypt exhibition, to learn more about the delegation’s schedule and aspects of the economic and trade cooperation between Egypt and Greece, the transcript for which is below, lightly edited for clarity:

What is the agenda of the Greek delegation in the second Big 5 Construct Egypt?

The companies have their own schedules. Eight Greek companies will take part in the second Big 5 Construct Egypt 2019 that is held between 2-4 September at Egypt International Exhibition Center.

Some of participants are big construction companies and real estate developers while others are traders of building materials.

We are very excited for the participation of Prime Minister Mostafa Madbouly in the exhibition besides other ministers, including the Housing Minister Assem El Gazzar.

Do you plan to hold individual meetings with any Egyptian minister during the exhibition?

We are focusing on collective meetings. The Greek companies will have the opportunity to meet with major Egyptian construction companies. Hopefully the companies will announce deals after the meetings.

The investment climate is improving due to the government’s economic reform programme that is consistently being implemented. The investment situation is going in the right direction.

The positive outlook for the country’s economy is confirmed by reports from the international agencies, including the International Monetary Fund (IMF), rating agencies, and investment banks. I believe that the economic situation in Egypt will further improve.

The business environment needs additional legislative enhancements to encourage investors to rush to invest in the local market.

How many Greek companies are operating in the Egyptian market?

I totally agree with the outcomes of the latest report by Morgan Stanley that mentioned that foreign investors need to see locals invest first.

Are there any Greek companies that consider operating in Egypt?

Yes, there are companies that are examining investment opportunities in various sectors, particularly industrial sectors, yet none of them is ready to come tomorrow. It takes time for companies to take such major investment decisions.

Egypt is very near and friendly, so companies are encouraged to come to invest here, especially those who have plans to export their products to the African markets.

There are several Greek companies that target entering the Egyptian market and utilising it as a hub for opening new African markets.

What are the obstacles that Greek companies face in Egypt?

Despite the serious steps that were taken by the government to enhance the business environment in Egypt, there are some issues that a number of Greek companies still face while operating in the Egyptian market.

In my opinion, bureaucracy and conflicting laws are the main issues in the Egyptian market. A Greek company has been suffering from an investment issue for 20 years and it has not been resolved yet.

Solving the problems of already investing Greek companies in Egypt would help us to convince other companies to invest here.

Bureaucratic procedures are still an issue despite the fact that they are decreasing. The main solution might be activating the ‘one stop shop’ which is GAFI, with a leading role to coordinate with other entities to solve investors’ problems.

How many Greek companies are facing problems in Egypt?

We have around four or five cases. Hopefully we can reach solutions for them in coordination with the Egyptian side. Easier problems which are in the trade sector are solved fast. Of course, investment problems are more difficult as companies are based and working in the country.

Will the next period witness business missions from Greece to Egypt?

We are looking for new business missions from Greece to Egypt in the next period. In March 2019, we had a business delegation to Egypt which included about 11 companies from the Federation of Industries of Northern Greece.

That visit was organised in cooperation with the Federation of Egyptian Industries (FEI). On its first day, we organised many B2B meetings with Egyptian businesspersons. On the second day, the delegation visited the Suez Canal Economic Zone. It was an impressive visit.

Any new delegations this year?

There are many proposals for business missions in the construction and building materials sector. A number of Greek companies are eager to know more information about the mega projects that are being implemented in Egypt now.

We also have a proposal from our side to prepare for an energy and renewables mission. I believe that this sector enjoys very big potentials in Egypt, while we are very strong in this field.

I think that Greek companies are doing a great job in operating in the energy sector abroad in eastern Europe as well as in Africa.

Pharmaceuticals will be another idea of new business mission to Egypt, yet the construction and building materials is the most advanced sector that we are looking more into at this point.

When will the construction and building materials business mission come to Egypt?

It might be in the beginning of 2020. We aren’t sure about the timing yet. I would like to emphasise that the cooperation with Egypt is very strong. Small business missions from Greece are always here.

What is the amount of Greek investments in the Egyptian market?

According to our figures, the Greek capital that is invested in Egypt is about €1.3bn. I think that there are other Greek investments that are coming through other countries and aren’t calculated.  It’s difficult to measure investments.

What about the latest statistics of trade exchange between both countries over the first half (H1) of 2019?

This September, we will finalise trade statistics of the first six months of the year. Over 2018, trade exchange reached €1.8bn. Greek exports to Egypt increased by 54% to reach €1.16bn compared to 2017. Egyptian exports to Greece increased by 15% reaching €636m. I believe that 2018 was a good year for trade and hopefully 2019 will follow suite. 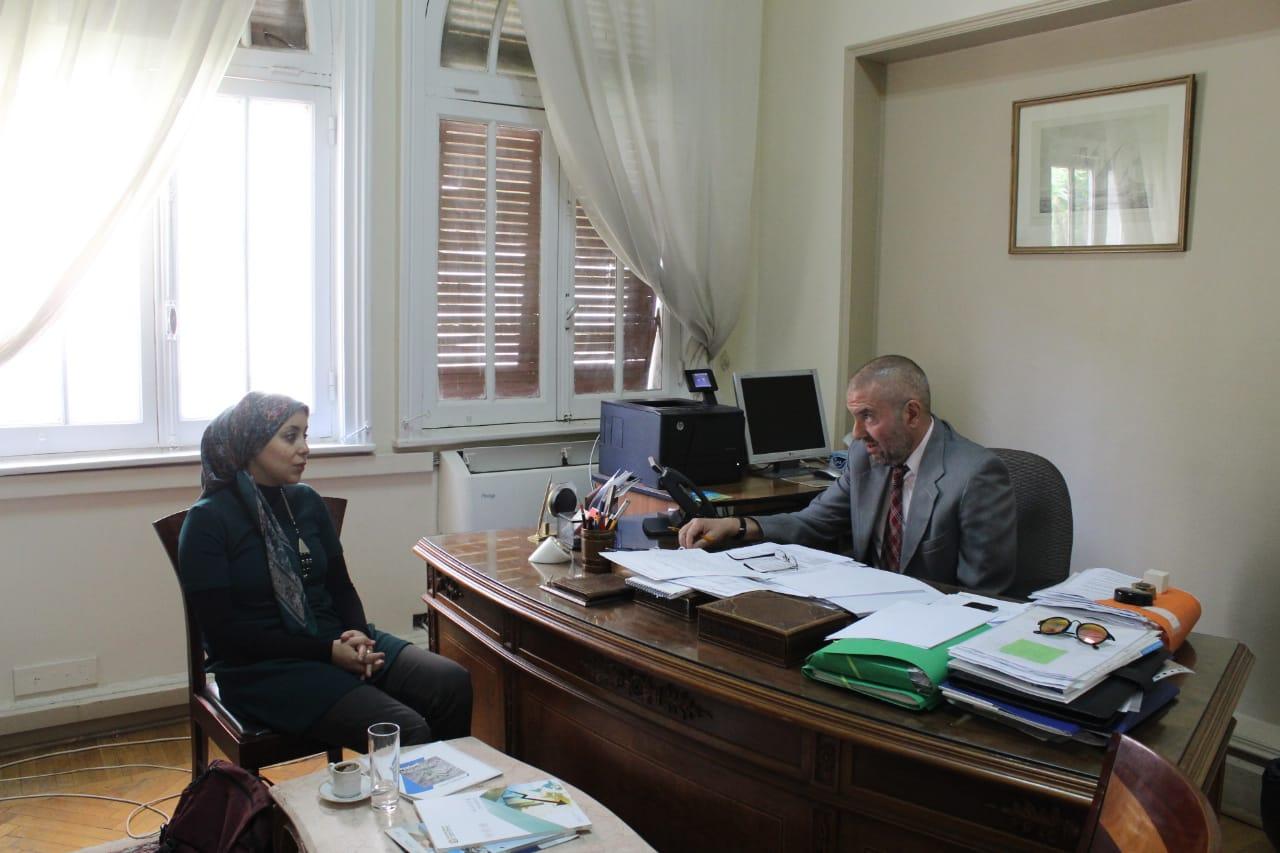 What are your plans for the trade exchange?

The important thing that we are trying to change is to enlarge the share of the non-petroleum products in trade exchange. We discussed this matter with Egyptian authorities including the Ministry of Trade and Industry and we agreed on the importance of encouraging the non-petroleum trade.

The oil seizes the largest share of our bilateral trade exchange. We import crude oil from Egypt and export oil products to it.

On the Greek trade exchange’s statistics, we measure exports with and without oil products because oil prices are always fluctuating. Egypt’s fuel imports from Greece last year represented 83% of total Greek exports to Egypt, while Greek crude oil imports from Egypt amounted to 70% of Egypt’s overall exports to Greece. We want to expand in trading the rest of products.

Greece exports many other products to Egypt including cotton, fruits, apples, tobacco, machinery, and building materials, while we import fertilizers, potato, and plastics from Egypt.

The Greek embassy to Egypt fully coordinates with the Egyptian Trade Representation Office in Athens, that is affiliated to Egypt’s Trade and Industry Ministry, to enlarge the trade exchange in non-petroleum products.

Last year, we exported building materials with more than €100m to Egypt, compared to €60m in 2017. We hope we can do more by the end of this year.

What is your estimate of Egypt-Greece trade exchange this year?

Last year was exceptional because of the high prices of fuel products. I think we can maintain the same value this year of €1.8bn, but we would be very happy to see the value of non-petroleum products increasing even if we achieve the same volume of last year.

Egypt is actively working on plans to boost natural gas production in cooperation with the Mediterranean countries, especially Greece and Cyprus, how will these plans reflect on the economic cooperation with Greece?

We have been engaging in the trilateral cooperation including Egypt, Greece, and Cyprus. Egypt targets the electrical interconnection with Cyprus and Greece which is a very big ambition from the Egyptian side to be connected to Europe.

In energy and gas, we believe in the important of the joint cooperation. Greece is becoming a hub for natural gas and we have a pipeline of projects in this sector. We have also upgraded the stations and we are expanding our investments in the liquefied natural gas (LNG) shipments. We are starting to explore for national gas in the south of Greece.

Egypt is a case where you have a big production of gas and you want to build on that and become a transit hub for gas trade. Egypt is a very important point in the energy market of the Mediterranean that we cannot neglect.

If we manage to build a trilateral cooperation and broaden the cooperation to build better networks, all our economies will benefit.

For the situation of the Greek economy, I believe it’s improving. The economic indicators are recovering. We have achieved a not very high but positive GDP in the past three years.