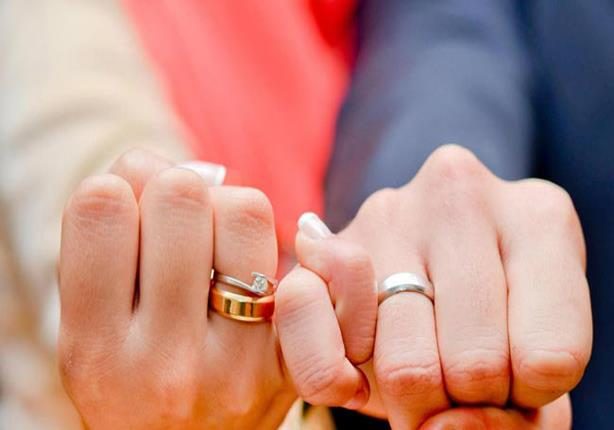 A wave of social and religious debate on the possibility of criminalising customary marriage stirred again, after the parliamentary member Amna Nosseir announced drafting a new law to criminalise it.

Nosseir said she will present the draft law to parliament speaker Ali Abdel Aal by the beginning of the next parliamentary round scheduled for October.

Several experts rejected the draft law, believing that this type of marriage is needed in many cases, and that it differs than secret marriage, but its only problem is the absence of legal documentation. The experts also believed that partners of customary marriage should not be punished except in case of not documenting their marriage.

The draft law aims to protect society from the risk of customary marriage, and to educate girls, especially minors, to ensure their rights once they marry, Nossier said.

“Is it right for a girl to marry behind her family and when the young man takes what he wants from her, he abandons her without giving her right,” she said, highlighting that many girls have resorted to her to get their rights from men they have customarily married without the knowledge of their parents, seeking help to get their rights.

This was not the first time for Nossier to speak about the necessity of putting regulations to criminalise the customary marriage. In 2018, she also submitted a similar draft to the parliament, but it was not discussed.

In a press statement, Nossier said that she would seek insights and opinions of all the consultants in the concerned parties on the draft law, as well as open a broad discussion about it after referring it to the concerned parliamentary committees’ members, in addition to the possibility of offering it for community dialogue to achieve social consensus.

She continued that her move aimed at facilitating all ways of official Islamic marriage for young people, pointing out that if the draft was approved, she will add guarantees to the law to save men from punishment if he decided to turn the customary marriage into official acknowledged one according to Islamic rules and give his wife her rights.

She explained that the main features of the draft law on customary marriage will focus on ensuring the officiality of marriage through legal controls, and impose penalties on men, up to imprisonment, while only punishing women morally, saying: “moral disciplining is enough.”

Nossier explained that her draft law will punish a customarily married man with at least a year in prison.

She added, “the law also calls on families not to exaggerate in marriage dowry as long as the basics are existing and the man is suitable for marriage, describing customary marriage as a corruption that destroys the foundations of society.”

“Customary marriage results in an unstable family and thus negatively affects the society, so criminalising it would restore security and safety in the Egyptian family and preserve the rights of women,” Nossier said.

She stressed, “the family is the pillar of society and whenever there is a strong and cohesive family, we have a cohesive society.”

What do experts say?

Ali Sabri, a lawyer who specialises in personal status cases, said in a televised interview that the rise in customary marriage rates is a very serious indicator, as the latest statistics show that it exceeded 15% of the total marriage contracts, as the people’s culture in marriage does not really care about the legal aspects of the process.

Sabri explained that customary marriage is complete when three conditions are met; a contract, witnesses, and publicity, but the absence of documentation makes it a crime.

The Central Agency for Public Mobilization and Statistics (CAPMAS) pointed out that the customary marriages in Egypt exceeded 141,000 cases in 2018 alone, representing 15% of total marriage contracts, pointing out that this rate is a dangerous and very alarming indicator.

Moreover, the family affairs expert Manal Khedr said the customary marriage in many cases meets the conditions of traditional marriage, but it lacks documentation so that the woman can avoid suspension of her pension in case she is a widow or from her father, or her alimony once she get married, especially if the new husband is underprivileged.

In such cases, customary marriage ensures the woman a permanent financial source to spend on her children, she said.

“Also it gives a chance for the husband who lives unhappily with his wife and does not want to harm his family to have another chance to marry another woman while maintaining his first family,” she added, noting that this type of marriage is important and needed by society in many situations as long as the law does not prohibit it.

The exaggeration in the dowry is behind the prevalence of customary marriage among youth, and ignoring it is dangerous for society.

She stressed, “customary marriage among youth has become a phenomenon in the Egyptian society now.” She learned from the Dean of the Faculty of Arts, Alexandria University, that 25% of students are married customarily.

Lawyer Amal Mostafa said she believes that marriage documentation now is a must for the benefit of women and to preserve its rights, but in case the marriage is not documented, there should be a legislation to punish the violators.

MP Khaled Hanafi, a member of the parliamentary committee on constitutional and legislative affairs, commented that the issuance of a law to criminalise customary marriage is a violation of the Egyptian law, and it is difficult to apply it. He added that as long as the conditions of marriage have been met, publicity and witnesses, there is no problem in marriage.

Sharia Law Professor Mostafa Ibrahim urged that there is a confusion between customary and secret marriage – which is behind the back of the father and the family – and hidden from members of the family or relatives, but only known by their friends, while customary marriage meets the legitimate conditions of marriage.

Ahmed Koryma, a professor at Al-Azhar University, said if we apply the penalty of imprisonment for customarily married people, a lot of people will be imprisoned.

He continued, “customary marriage is the one that meets the conditions of the official marriage and lacks only documentation,” pointing out that marriage may not be documented for certain circumstances, as is the case in some areas like Sinai or Upper Egypt.

He pointed out that there are 15 types of customary marriage, so the draft law should determine the type of marriage to be criminalised, calling for the need to submit any laws relating to religious affairs to Al-Azhar and the Council of Senior Scholars for discussion to provide their legitimate opinion.