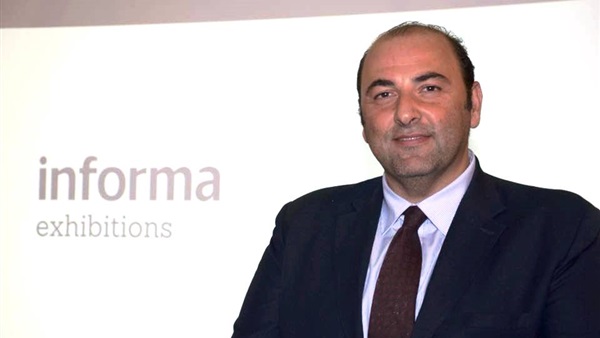 Hany Khafagy, director of Informa, the main organiser of the Cairo International Motor Show (Automech Formula) and Autotech, attributed the postponement of the 26th edition of the exhibition to the delay in releasing some new car models in the Egyptian market, which would be the main element in the event.

Informa Egypt decided to give exhibitors more time to ensure showcasing all new cars in the local market at the most prestigious event for the automotive industry in Egypt and North Africa.

Khafagy added that the postponement was also due to the withdrawal of some companies from the exhibition, which prompted Informa to delay the event, explaining that the participants in Automech Formula have a deadline to complete the required procedures of joining the exhibition.

He noted that the withdrawal of some participants came only due to some problems related to the entry of their new car models in the local market, so Informa had to ask the rest of the participating companies to postpone the exhibition this year, which was approved by other participants.

Khafagy pointed out that holding the exhibition does not require a certain number of companies, as it can still be held with the participation of 50 or only 20 companies.

He stressed that the 26th edition will be held in the same venue of last year, with no change in the formation of the exhibition, pointing out that the pavilions will not be divided according to the car origin because of the dealers’ request to showcase all their vehicles in one place. This year, the exhibition will provide some new activities, such as allowing visitors to test drive some new models as well as allocating a special area for children “Kids Area”. The exhibition will also provide a large parking area for visitors to overcome the problem of parking which was an obstacle in the event last year. In addition, Automech will showcase all types of scooters.

Khafagy stressed his company’s keenness to solve any obstacle that may hinder the success of the exhibition. He revealed the sponsors of this year’s edition, including Shell, which has been the sponsor for three years, along with Uber and OLX, in addition to seven banks, including QNB Alahli, Baraka, and Mubasher Consulting.

Additionally, Khafagy said that any car show is a reflection of the conditions of its car market, where it cannot succeed in light of the recession suffered by the Egyptian market, noting that the exhibition showcases all cars in the market and the situation of the market itself.

Regarding the absence of coverage by international press at Automech Formula, Khafagy said the international press is interested only in exhibitions that offer high technology and significant car industry, adding that Automech Formula only grabs the attention of local agents and the domestic market. He noted that the industry recovery in Egypt and the competitive prices after the floatation of the local currency made the exhibition more attractive.

He also highlighted the development of Autotech exhibition for automotive spare parts, accessories, and after-sales services, referring to the participation of the Federation of Egyptian Industries and the Export Development Authority in the exhibition. Autotech was formerly a part of Automech but they were then separated. Khafagy explained that the separation of these exhibitions is the result of the difference in the target consumer, where Autotech is more focused on traders, while Automech target consumers who want to buy new cars.

Khafagy revealed the participation of commercial vehicles in this year’s edition of Autotech, confirming the growth of the exhibition by 25% annually.