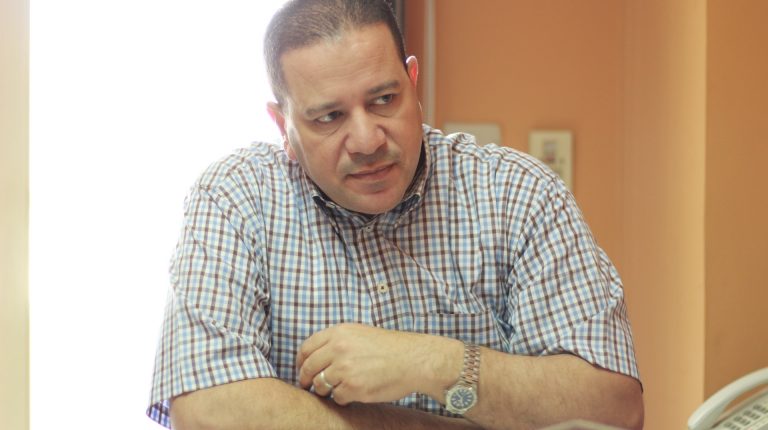 President Abdel Fattah Al-Sisi has recently ratified the NGO Law after its amendment. This comes at a time when the role of NGOs in social initiatives such as Hayah Karema (Decent Life) is increasing, in many fields, most prominently health.

Daily News Egypt interviewed Mahmoud Fuoad, executive director of Orman Charity Association, about the new amendments to the NGOs Law, state-sponsored social initiatives, and how far Orman is engaged in such initiatives, the transcript for which is below, lightly edited for clarity:

President Al-Sisi has recently ratified the NGOs Law after amendment, how do you see it?

The new amendments to the NGOs Law 149 of 2019 will encourage the expansion in establishment of civil associations and organisations, as well as foreign NGOs in Egypt.

Why this is the case?

Because the law strengthens the role of NGOs in favour of the public while emphasising the leading and concrete role of civil society as a key partner of the state in achieving the goals of sustainable development.

It aims to activate volunteerism; promote democracy, good governance, and information technology; regulate the work within all civil society organisations and the administrative bodies supervising them.

What are the main advantages of the law?

It abolishes imprisonment penalties as the penal code covers this area. It also regulates the mechanism of receiving foreign funds as it caused some problems previously.

How did you react to the National Cancer Institute’s terrorist attack?

Immediately after the incident, a delegation from the association rushed to the institute and met with Dr Hatem Abu al-Qasem, the head of the Institute, to discuss how to send donations estimated at EGP 10m, attached with an official letter from the association.

But when we learned that the Institute needs EGP 12m worth magnetic resonance imaging device, we decided to buy it; the association would bear EGP 10m of its cost, and a donor to bear EGP 2m. It will be delivered to the Institute within days.

What is the next stage at Shefaa Al-Orman Hospital in Luxor?

This hospital receives 300-400 patients per day. The hospital officially started working in May 2016 with chemotherapy and radiotherapy. In January 2018, the hospital started conducting operations and opened the internal department with a capacity of 165 beds, including both intensive and regular care beds, in addition to four operation rooms. Currently, the hospital is operating at full capacity, and all patients receive treatment as long as they are inside the hospital. Work is underway on the third phase of construction, which requires more donations in the coming period to serve people in Upper Egypt.

Why did you choose Luxor?

Luxor is located in the heart of southern Upper Egypt and is reachable for all citizens from the surrounding governorates, serving about 17 million people completely free of charge. Additionally, in Luxor there is an international airport which facilitates transporting senior consultants and professors in oncology to serve and support the hospital’s patients and train the medical team inside it. After the opening of the hospital, the vast majority of ministers visited it, including former prime minister Ibrahim Mahlab, who was a great supporter of the hospital since the beginning of its work.

Have you participated in the president’s initiative to hand over the management of government hospitals to associations?

After presenting the capabilities and success of the hospital in its mission in Upper Egypt and the Orman Association has been managing it, President Abdel Fattah Al-Sisi decided that civil society organisations and the Orman Association supervise government hospitals. A protocol then was signed with the prime minister and the minister of health for the Paediatric Specialised Hospital in Sohag and its management will be handed over within two years. Another protocol was signed for Al-Odaysat Hospital in El-Toud City in Luxor. The Association will be receiving it within a few months to manage it with the same efficiency.

Will this decision result in any changes in treatment prices?

No, the treatment in these hospitals will be completely for free, and the paediatric hospital in Sohag will be Abu El Reish of Upper Egypt.

Is there discrimination among Egyptians and non-Egyptians in terms of the costs of treatment in these hospitals?

Any patient who enters the hospital never gets asked about his nationality, religion, or anything else. Every patient receives free treatment immediately. We have cases from Cairo, the Delta, Algeria, Sudan, and other Arab countries as well as foreigners from non-Arab countries. The hospital receives any patient from anywhere around the world.

Do you have other contributions in the health sector?

In addition to the treatment of cancer patients in Luxor hospital, the Orman Association also conducts cardiovascular and ophthalmic procedures completely free of charge. The health sector in Orman is not only limited to the Upper Egypt Cancer Hospital, but we have carried out more than 50,000 heart operations over 10 years. The number of ophthalmic operations has reached more than 150,000 in the past few years.

How do you choose cases that are eligible for health support?

There is a way for the association to conduct research and inquire about cases with certain criteria to support them, thanks to a team of specialised researchers and a wide database in all associations across the country in order to ensure that the service reaches its beneficiaries. We also rely on associations in villages and remote areas because they are knowledgeable of individuals and have ready databases for them.

What are your sources of support and funding?

The Orman Association is based on donations only and does not receive any government support and is subject to control and the supervision of the Accountability State Authority, and all the projects of the Association are concentrated in Upper Egypt because it is the neediest, starting from Fayoum, to Beni Suef, and Aswan.

Does the majority of donations come from ordinary citizens or businessmen and institutions?

Our real heroes are regular simple citizens who donate amounts that range from EGP 10 to 100. Their donations are the main pillars of the association, but you must recognise that in the recent period, the social role has grown among businessmen and government and private institutions. Banks and institutions actually allocate an item of respectable amounts just for social support, a role that has been largely a sham in the past.

What about your participation in the Hayah Karema initiative?

This initiative comes in three phases and targets 277 of the poorest villages, after being launched by the president. It brings together the efforts of the state and civil society.

The state bears the cost of 80% of this initiative, while NGOs bear 20% of the cost, in addition to the implementation of the initiative in reality. The number of NGOs involved in this initiative is 20, including Orman, Resala, and Misr Elkheir. The first phase of it includes 87 villages that were chosen because they are the most needy and poor, as poverty rates in them exceed 70%.

The second phase includes poor villages with poverty rates ranging between 50-70%, followed by the third phase, where the poverty rate is less than 50%, and by the end of 2020 the initiative will be over and will have achieved the goal of taking 277 villages out of poverty.

What is the role of the initiative in villages?

The initiative’s role in villages includes rehabilitation of these villages. The initiative targets renovating homes and making clean water and electricity accessible for them, in addition to the same process for homes, health centres, and vet centres, along with improving roads and giving special attention to utilities and services.

How many houses have you developed?

The Orman Association has participated in the rehabilitation of 15,000 houses, in 800 villages. The Association is working to make the Hayah Karema initiative active in 10 villages in all areas, which means it is ready to provide all kinds of interventions from drinking water to sanitation and rehabilitation of houses and the installation of roofs.

NGOs are always blamed for spending on advertising, what do you say about that?

The law specifies the expenses of any charity so that all expenses do not exceed the salaries of employees and rent premises. Advertising represents only 20% of the volume of donations, and we did not and will not exceed this figure. Orman only pays a third of the cost of advertising because there are donations that come from businessmen and the other are borne by the channel on which we launch our ads. We believe ads are important so that we can receive donations.