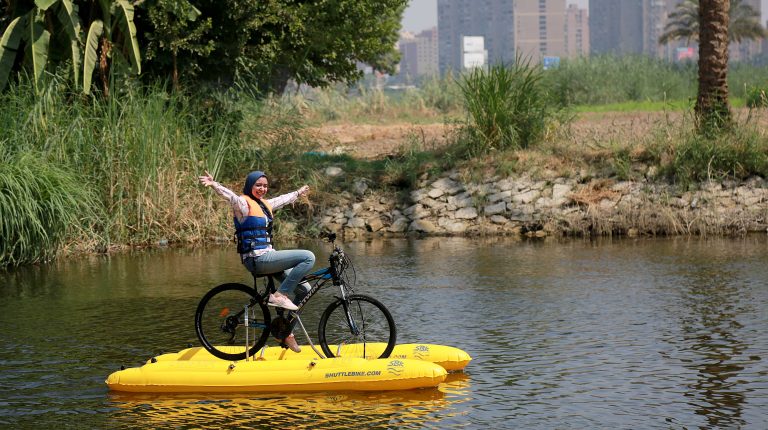 Throughout her life, Ma’aab Ahmed could not give up on her dream of riding bicycles. She could not let go of her desire to fly on two wheels, with air flowing through her hair, and filling in her open lungs. Yet, not being able to learn was always a struggle she needed to overcome. Passionate of Kayak, Ahmed could not find a better way to combine between her passion and the lifetime desire, but through Nile Bike. 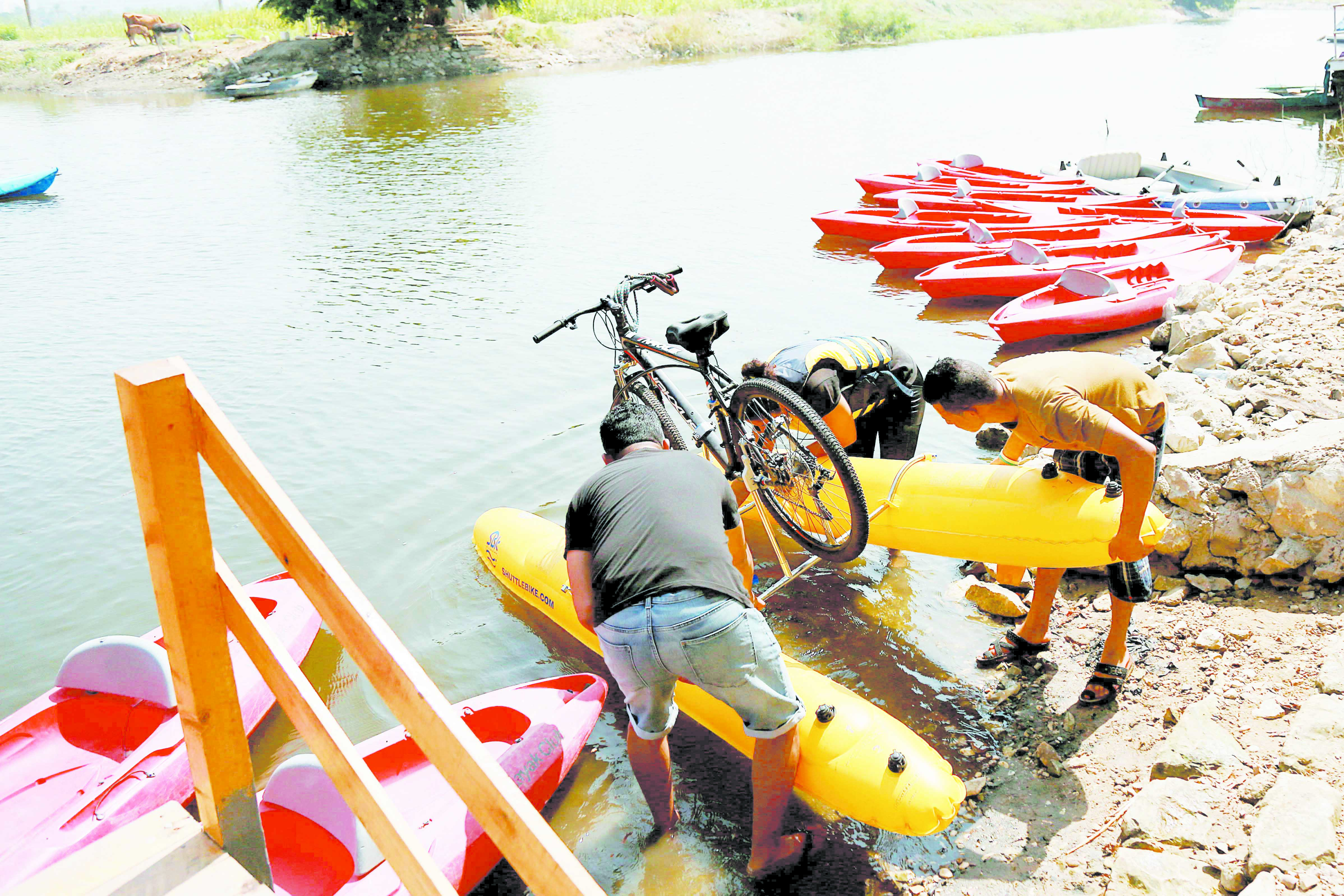 Water biking is a sport that Ahmed was the first to introduce to people in Egypt, through Nile Bike. Using a bicycle that is placed with wires on two rafts that lift up the whole weigh of the body and the bicycle, Nile bikers get to surf the calm river surface technically biking.

“I never let go of my dream of riding a bicycle. Even at the age of 40, I kept on looking for a way to make my dream come true,” Ahmed told Daily News Egypt.

The moment she saw such a sport taking place in Italy, she immediately knew that this is what she wants to establish in Egypt for those who share her passion.

“I sent the founders in Italy to ask about its details, requirements, and safety measures, and I did not stop before making sure I knew about it all and that I can apply it in Egypt,” she asserted.

Since the start of the sport in Egypt, it was met with huge success among people who believe that “do not want to stop at the water’s edge.”

Nonetheless, Ahmed did not stop at the edge, stating Nile Bike as an enjoyable activity, she worked in order to get the official permits in order to state it as an official sport adopted by the ministry of youth and sports.

Water Pollution is one of the main struggles facing Nile bikers. “Plastic waste is one of the things that differs from one place to another, yet remains a struggle in all places as the Nile is quite polluted,” Ahmed explained.

“Getting the required permits were the most difficult part of it all. Yet, I did not stop before officially inaugurating it as a sport in Egypt,” she added.

All photos taken by Fadel Dawood