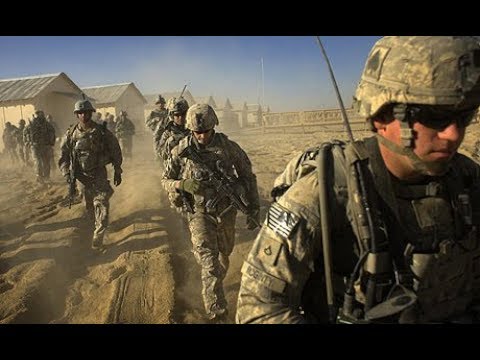 The United States will withdraw around 5,000 troops in 135 days and close five military bases in Afghanistan under a draft peace agreement, American special envoy, Zalmay Khalilzad, said on Monday.

In an interview with the Afghan TOLOnews, Khalilzad declared that the deal, which was reached after nearly a year of negotiations with Taliban, must still be approved by US President Donald Trump before it can be signed.

The agreement could end America’s longest running war by what is expected to be the gradual withdrawal of all 14,000 US troops.

The agreement also demands Taliban to commit not to allow Afghanistan to be used by militant groups such as Al Qaeda or Islamic State (IS) as a base for attacks against the US and its allies.

The Afghan presidential spokesperson said that the President Ashraf Ghani has been briefed on a draft of the accord and will look at details of the deal before giving an opinion, Reuters reported on Monday.

Although Khalilzad’s interview was being aired, a large explosion rocked the Afghan capital, Kabul. Taliban claimed responsibility for the suicide bombing, which hit a residential area in Kabul, killing at least 16 civilians and wounding more than 119, according to the humanitarian information portal ReliefWeb.

Green Village is a frequent target of attacks. However, the main victims of these attacks are Afghan civilians. Monday’s attack provoked local residents to protest, demanding to move the heavily fortified compound.