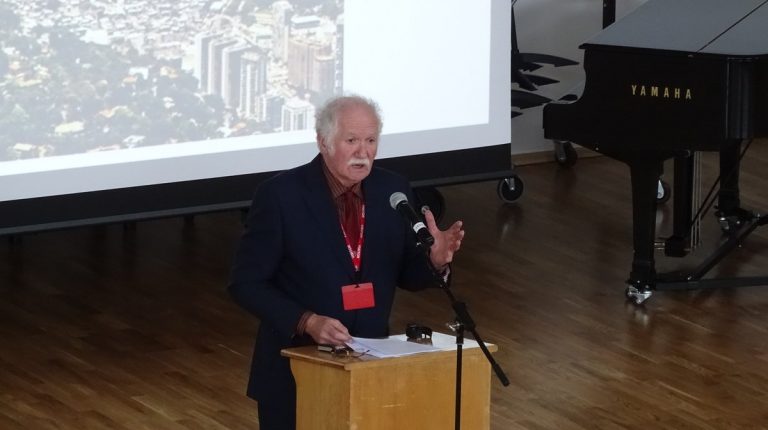 Agriculture is key for African countries to achieve economic development, Benny Dembitzer, managing director at Grassroots Africa, a member of the team who won the Nobel Peace prize in 1985, said at the event that was organised by the Egyptian Center for Economic Studies (ECES) on Wednesday.

“We are losing our humanity to see the African continent burning and suffering from famines,” he stated, adding that African states need to pay greater attention to education, agriculture, and women’s empowerment.

African people are moving to Europe not because it is paradise but because Africans in Sub-Saharan Africa  are escaping from a very tough situation that is lack of enough food, water, and essential needs.

Many African countries suffer from a lack of accurate statistics, globalisation, migration, women’s rights issues, Dembitzer noted, adding that Ghana enjoys the potentials to be one of the world’s food producers if it adopted a suitable strategy like Brazil that became one of the greatest food producers to the whole world.

For his part, Sameul Kamara, principal country programme officer at the African Development Bank (AfDB), defended his bank’s role in listening to the major economic experts on African development, noting that the issue isn’t about globalisation itself but how African countries deal with it.

“Many people suffer from the extreme poverty that push people to move and migrate. People also suffer from the lack of access to decent jobs. Conflicts are also a major issue in addition to the climate change,” Kamara mentioned.

Donors are working together with harmonisation, Kamara asserted, noting, “we have made a lot of progress. There is a lot of coordination and harmonisation over the programme that we fund and implement.”

“69% of African don’t want to move from their countries and they move, they are coming back to Africa and I am one of them,” Kamara said.

Kamara also assured the bank’s efforts to help integrate the continent, asserting the importance of the industrial, agricultural, and the information and communications technology (ICT) sectors to achieve African development.

For her part, Abla Abdel Latif, executive director of the ECES, said that paying attention to the industrial, agricultural, and ICT sectors is must to further protect African countries from famines, noting, “we have a strong interest to boost our cooperation with African countries.”

The ECES will organise an event in cooperation with the Mo Ibrahim Foundation (MIF) and the AfDB next October, to discuss in detail African development, Abdel Latif noted.