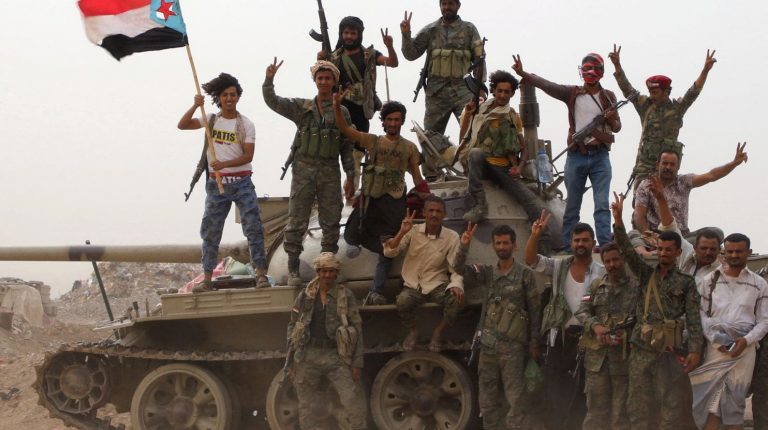 Saudi Arabia has deployed more troops in southern Yemen in order to contain the recent clashes between government forces and the UAE-backed forces that are both members of its military coalition.

About three weeks ago, the southern separatists backed by the UAE took over Aden stirring tension within the Saudi-led military alliance to counter the Iranian-backed Houthi movement.

The separatists controlled also Abyan in a move which could also stir old conflicts between the two Yemeni parts that were united in 1990 in one state.

By the end of last week, the Yemeni army backed by the Saudi-led coalition took control over the city of Etq, the capital of Shabwa region.

The coalition announced on Monday of last week, forming a joint Saudi-Emirati committee to oversee a ceasefire between UAE-backed fighters and Saudi-backed government forces in the Shabwa and Abyan governorates.

Conflict in Yemen has erupted in September 2014, when the Ansar Allah “Houthi” group backed by Iran, seized control of the Yemeni capital Sanaa. Following the Houthi action, Saudi Arabia the closest regional power to Yemen, announced in March 2015, forming the Coalition for Supporting Legitimacy in Yemen.