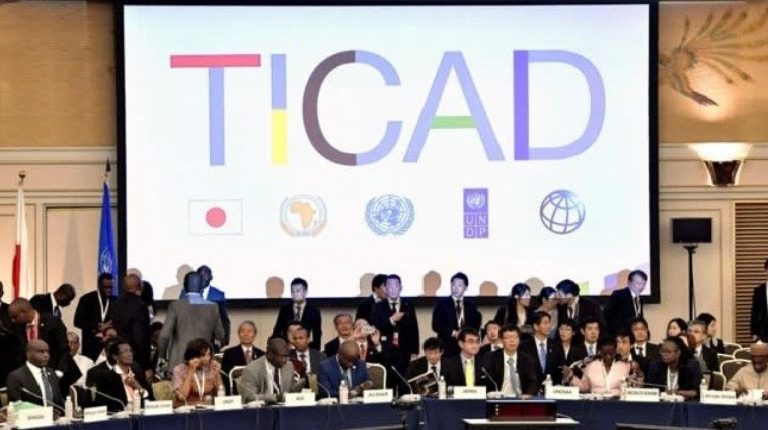 The 7th Tokyo International Conference on African Development (TICAD7) convened on 28 August in Yokohama to advance Africa’s development in the next years.

Under the theme “Making breakthroughs in Africa! People, technology and innovation”, 53 African countries participated in the event, including Prime Minister of Japan Shinzo Abe and high-profile delegations. The conference concluded with the adoption of “Yokohama Declaration” on 30 August, according to a Wednesday statement of the Japan International Cooperation Agency (JICA) in Egypt.

The Yokohama Declaration of 2019 set forth support for Africa’s comprehensive and sustainable development, following the three pillars, including accelerating economic transformation and improving business environment through innovation and private sector engagement, deepening sustainable and resilient society, and strengthening peace and stability.

President Abdel Fattah Al-Sisi met on August 28 with the Japanese Prime Minister during the TICAD7. Both leaders announced cooperation for the African development under the Japan-Egypt Triangular Cooperation programme, stressing the intention to expand the scholarship programme at the Egypt-Japan University of Science and Technology (E-JUST) to include 150 African postgraduate students under the collaboration between Japan and Egypt.

The two sides reviewed a number of bilateral files pertaining to the progress which Egyptian-Japanese relations are witnessing and cooperation between the two countries in the fields of basic education, higher education, culture, technology, energy, and transport, in addition to the implementation of the project to build the Grand Egyptian Museum (GEM).

On the same day, President Al-Sisi also met with the President of JICA, Shinichi Kitaoka. President Al-Sisi expressed his gratitude and expectation to JICA’s cooperation in various fields especially education including the Egypt Japan School (EJS) and E-JUST, tourism represented by GEM, energy for sustainable development, and transportation represented by Cairo Metro Line No 4 Project. Both sides confirmed cooperating continuously in various fields including the field of sewage.

President Al-Sisi witnessed, the signing of a Memorandum of Cooperation (MoC) between The Egyptian Agency of Partnership for Development (EAPD) and JICA, to strengthen the strategic framework of the ‘Third Country Training Programme,’ so as to contribute to the further development of Africa through strengthening human connectivity among Japan, Egypt, and African countries, via interaction and knowledge exchange, in order to achieve win-win-win effect among all parties.

Building upon exchanges with representatives from Africa, international organisations and other development partners, JICA will continue to maintain an open dialogue and contribute as a trustful partner for Africa’s development.