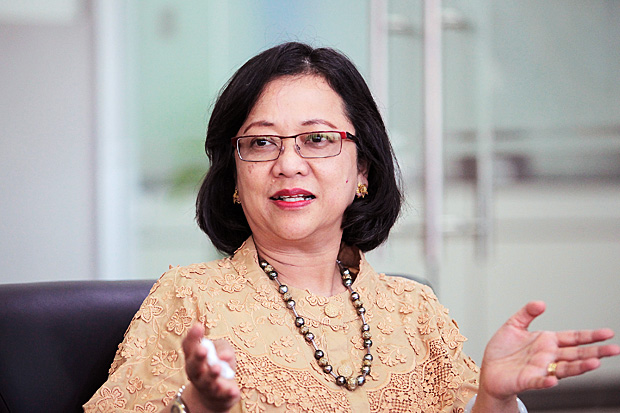 The economic argument to turn into sustainable economies is compelling, said Ibu Armida Alisjahbana, Executive Secretary of the UN Economic and Social Commission for Asia and the Pacific (UNESCAP), explaining that a 1% improvement in resource and energy efficiency combined could save $275 bn for the Asia-Pacific region.

Alisjahbana called on countries in the region to decisively accelerate the transition to low carbon economies during the opening of the high-level segment of Asia-Pacific Climate Week which took place in Bangkok on Wednesday.

Moreover, Alisjahbana elaborated that a gain of $3.3tr worth of ecosystem services per year for the region by 2050 could be achieved through ecosystem conservation in line of Sustainable Development Goals targets.

Moreover, Deputy Executive Secretary of the UN Climate Change, Ovais Sarmad, stressed that nothing less than a full transformation of the global economy toward low carbon would enable the world to stave off the worst impacts of climate change.

“It is clear we must urgently boost climate action. Current Nationally Determined Contributions submitted by nations under the Paris Agreement put us on pace for a 3 degrees Celsius rise, and possibly more,” Ovais Sarmad said.

“We still have time—although not much time— to turn things around. Never have we been better placed to do so. We have a global framework through the Paris Agreement. We have reinforced that Agreement with a common set of guidelines. And we have the willingness and stated participation of governments and businesses throughout the world,” Ovais Sarmad stressed.

The 2015 Paris Climate Agreement included a provision for developed countries to provide financial support for emerging states to transition from fossil fuels to renewables, starting at $100bn a year from 2020.

Asia-Pacific Climate Week is designed to boost regional climate action and to provide crucial inputs to the Climate Action Summit convened by the UN Secretary-General on 23 September in New York and the UN Climate Change Conference in Chile in December. It is being attended by governments and representatives of all areas of society.

“Climate change is here in the Asia-Pacific region, and it shows no signs of slowing down. Let’s start our actions and send a message of solidarity from the Asia-Pacific region to the global community that saving our children and grandchildren from the consequences of climate change is possible,” Varawut Silpa-archa, Thailand’s Minister of Natural Resources and Environment said during the opening.

The Asia-Pacific region is highly vulnerable to climate change. According to the World Bank, more than half of South Asia will see a decline in living standards as a result of rising temperatures. Soaring temperatures would impact agricultural production and likely trigger mass migration.