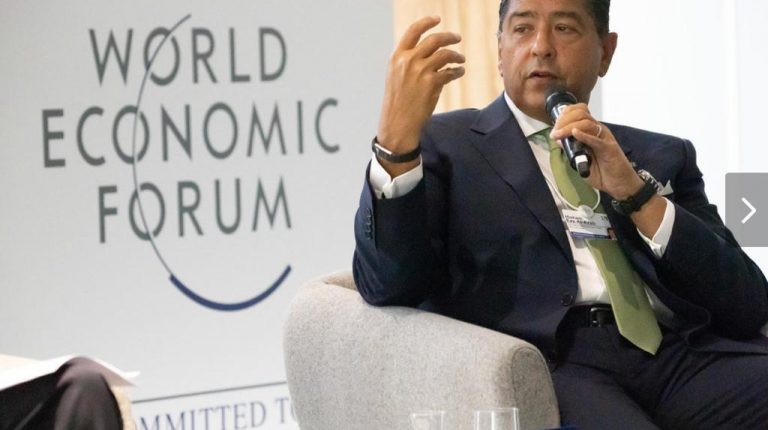 Chairperson and Managing Director of the Commercial International Bank – Egypt (CIB), Hisham Ezz Al-Arab, stressed the need for detection systems for anomalies, such as the early warning system to combat financial crime in Africa.

At the World Economic Forum in Cape Town, South Africa, from 4 to 6 September, Ezz Al-Arab also highlighted the CIB Early Warning System (EWS), which identifies risks at an early stage.

He explained that this well-designed system helps to anticipate impending events, which are likely to adversely affect the institution, to take appropriate corrective and preventive action.

Furthermore, Ezz Al-Arab noted the need for cooperation as a tool to combat financial crime, based on cross-country exchange of information, financial crime prevention strategies, and best practices, interoperability of digital financial systems, and a unified regulatory framework for African countries.

According to Ezz Al-Arab, raising awareness about targeted measures plays a key role in favouring access to technology and encouraging the conscious use of technological tools among citizens, including mobile phones, enabling them to better manage their resources and access knowledge relevant to their daily lives.

“While this is essential for their full integration into modern society, it also allows citizens to be aware of the digital health and risks, and dangers of surfing the web, including cybercrime,” he added.

The CIB chairperson emphasised the need to develop appropriate legal and policy frameworks that help protect infrastructure and digital data from cyberthreats to provide a secure online experience for all users, as well as support in order to build the capacity of policymakers and law enforcement so as to enhance cybersecurity.

Ezz Al-Arab called for the need to provide support to civil society to raise awareness of digital rights and discussions to enhance its role as key actors in the digital economy, stressing that data protection and cybersecurity are key to ensuring the reliability of digital services, which underlines the need to develop a strategy to accelerate ratification and application of the Malabo Convention across the continent, making cybersecurity a strategic priority at the national level, such as Lithuania.

As a concrete example that technology helps increase transparency, Ezz Al-Arab pointed out that P2P payments allow fees to be reduced and funds transferred more quickly, reduce security concerns, and maintain a recorded track of accounts.

To overcome obstacles hindering the implementation of financial technology to combat financial crime, Ezz Al-Arab added that the government must reform the digital business environment and reduce paperwork that is largely prevalent in most African governments and economies.

He also called for easing account opening procedures through national identity cards or even telephone numbers, and verifying customer information through the digital identity system, which also allows verification of biometrics, i.e. fingerprint and voice recognition.

He added that Know Your Customers (KYC) systems can ensure a simple, flexible and self-service account is opened, especially for low-value accounts that have limits on the type and size of a transaction, and to ease procedures derived from the guidelines set out in the Anti-Money Laundering Law, which sets out information and documents that banks have to get from customers.

Moreover, Ezz Al-Arab called for the need to promote open data policies, which can ensure the mandate and sustainability of data exchange platforms or initiatives, to enable new local business models, while ensuring data protection and electronic flexibility to protect citizens from data misuse and companies from cybercrime.

Governments and regulators should work to pave the way for private sector to play the same role in deregulating the use of cash in societies, he said, adding that a number of governments had already begun to do so.

In Egypt, for example, one of the main steps taken by the government to implement that step was the creation of the National Payments Council, which is chaired by President Abdel Fattah Al-Sisi. Another decision was making payment of fees over EGP 500 ($29) at public agencies via electronic cards, and the decision also ensured that any government service fees in excess of EGP 10,000 ($580), should be implemented through banks.

Around 1,100 people, including 10 heads of state and government, participated in the 28th session of the forum in Africa this year.

CIB Egypt’s interest in attending these international economic events comes from the importance of getting acquainted with the latest economic developments.