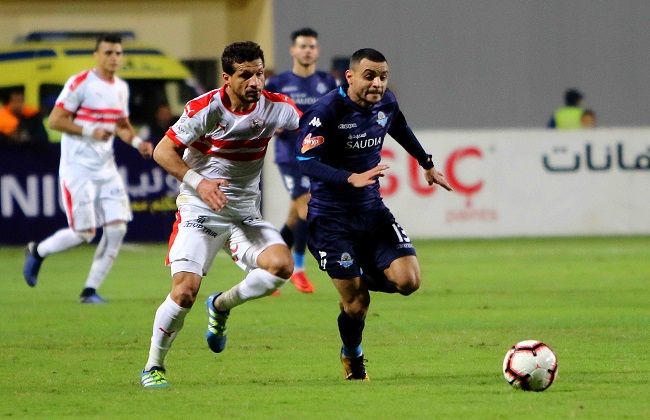 Cairo giants Zamalek will face Pyramids on Sunday night in the final of Egypt Cup at the Borg El Arab Stadium in Alexandria, in the presence of nearly 20,000 spectators.

Zamalek is the holders of the last edition of Egypt Cup when he defeated Smouha and added the 26th title to its history. The White Night hopes to win this final to make it up to its fans, having lost the league’s title to its rival Al Ahly.

Zamalek has qualified at the expense of Al Ittihad Alexandria Club in the semi-finals, and they have great motivation to achieve the 27th title. Moreover, Zamalek’s President Mortada Mansour promised big financial rewards for the players if they won the precious trophy.

Zamalek’s history weighs heavy on Pyramids. Both teams met in six games, of which four matches when Pyramids was previously named Al Assiouty, all of which ended with Zamalek winning. The other two games ended in a 3-3 draw and 1-0 win for Pyramids. All these matches were in the local league, so today’s game is the first between the two teams in Egypt Cup.

Zamalek’s coach Serbian Milutin Sredojević motivated his players well, demanding them to play with high spirit and win the title to delight their fans.

The head coach identified Pyramids’ strengths, outlining its key weaknesses, and was keen to hold a video lecture for the players to better explain the opponent.

For Pyramids, the newly branded team enter the final with high spirit as well, with its management promising big rewards for winning Egypt Cup, which will be the first title for the club in its history, making a great achievement for the club. Pyramids presented a great performance in the Egyptian Premier League this season and finished third, and qualified to the CAF Confederation Cup for the first time.