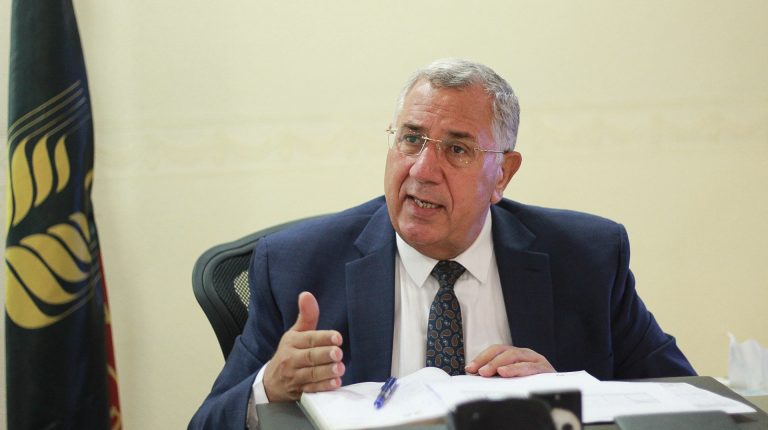 Chairperson of the Agricultural Bank of Egypt (ABE) ElSayed ElKosayer said that the bank’s management, under his leadership, is currently working to develop the digital structure and internal environment. Thereby, the employees are given the necessary training to develop their skills, to stay up to date with the latest developments in the field of banking services.

The process of technological development in the bank follows two axes, he said. The first is the introduction of a new Core Banking, the second updating the existing systems of the bank, so that it can help them meet the needs and requirements of customers, such as farmers and peasants, and work to achieve financial inclusion.

“The bank has a large network of up to 1,210 branches, which equals more than 25% of the number of branches in the Egyptian banking sector as a whole, and all these branches are located in places where the bank can raise the level of financial inclusion, especially as the bank’s customers are among the most targeted citizens of financial inclusion,” ElKosayer said.

The bank has a large customer base of farmers and peasants of up to 3 million, he explained, stressing that the bank is working to deepen the confidence of these customers in bank’s development, and the development of its relationship with them, through the provision of specific products and services.

According to ElKosayer, one of the most important files that the bank’s management has worked on since the assumption of his responsibility three years ago is the issue of providing financial technology services and mobile payment services.

ABE aims to achieve a breakthrough in this area, within the framework of the bank’s direction and its role in the dissemination of financial technology, its compliance with the policy of the state and its orientation towards the digital economy and the transformation into a cashless society.

After completing the development of the bank, ABE will truly be “the gate of financial inclusion in Egypt,” he said.

Although the development of technology within the bank and the introduction of the new system is not completed, the bank is trying to participate strongly in this area, ElKosayer added, while pointing out that ABE is one of the major banks participating in the Meeza cards system.

According to ElKosayer, the bank has so far issued more than 480,000 cards, and contributes to the government’s digital payment program in cooperation with Fawry and e-Finance, in addition to deploying a large number of ATMs at the bank’s branches.

Through the unified electronic payment card Meeza citizens can conduct all different financial transactions, which contributes to financial inclusion and supports the national economy. The Agricultural Bank of Egypt offers this card to all Egyptians, whether customers or non-customers of the bank, and through all its branches across the country, ElKosayer said. The holder can pay all government payments electronically in addition to withdraw cash and purchase from stores and online.

The card is issued free of charge, by providing the national ID number. The balance of the card can be topped up from any branch of the Agricultural Bank of Egypt.

ABE is targeting to issue 2.5 million Meeza cards in three years, ElKosayer said, adding that the bank is preparing to launch its smart wallet to enable customers to pay their bills via mobile phones.

According to Elkosayer, the direction of the political leadership was clear and carries more than one indication of the need to transform into a digital society. He highlighted the establishment of the National Council of Payments chaired by the president for this purpose: turning into a less-cash dependent society.

Financial evaluation for e-finance listing to be completed in October: Sarhan