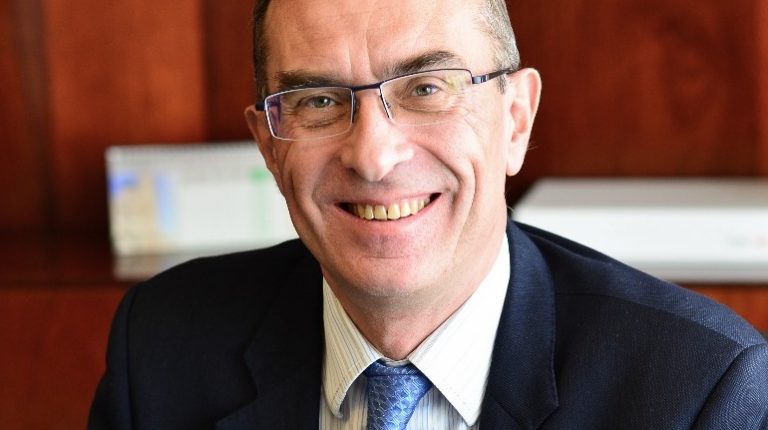 Egypt has been through almost four years of tough – but necessary – economic reforms. The ambitious plan adopted by the government aims to boost the country’s economic growth, achieve fiscal consolidation, and improve the business climate.

According to HSBC Group General Manager, Deputy Chairperson and CEO HSBC Bank Egypt, Jacques-Emmanuel Blanchet, the short-term struggle associated with the reforms has undoubtedly been challenging for many people. However, Blanchet believes that the underlying strength the reforms intend to deliver to the economy should provide a firm foundation for future growth and business dynamism.

Blanchet views Egypt’s large consumer market, with its diversified demographics, as a significant strength that many investors assess and take into consideration.

Egypt has also achieved real progress toward digitising the economy, he told Daily News Egypt. Furthermore, he said that HSBC plans to invest $15bn-$17bn on technology worldwide up to 2020, and the fruits of those global investments would be felt directly by their customers in Egypt.

Daily News Egypt interviewed Blanchet to find out his views on the Egyptian economy, banks’ roles in boosting growth, and HSBC Egypt’s plans in the coming period.

Presently, what is your vision for the Egyptian economy?

As Egypt has successfully completed the 3 year arrangement under the Extended Fund Facility (EFF) with International Monetary Fund (IMF), the country’s economy continues to gather strength and we remain optimistic about the outlook for Egypt. The positive steady growth of real GDP reaching 5.5% as per the IMF’s latest review on Egypt’s economy is very positive and among the highest in the region, underpinned by a recovery in tourism, higher net exports, and investment. Rising natural gas production, supported by foreign investment with revenues from gas production, combined with fiscal reforms should help to bring the budget deficit down to 7% in 2019/20. This will provide a strong platform for future economic expansion with currency appreciation, inflation tempering expected to reach a single digit figure by end of 2019 in line with the expectations of both the IMF and the market, with unemployment easing to around 8%.
Meanwhile the latest data from Central Bank of Egypt showed that investor confidence has also been buoyed by the rise in foreign reserves, which totalled nearly $45bn in August 2019.

What are the current strengths of the Egyptian economy?

On the ground, Egypt is becoming more business-friendly with new investment and licensing laws boosting domestic and foreign business activity. There is also real progress being made toward digitising the economy. The short-term struggle associated with the reforms has undoubtedly been challenging for many people, but the underlying strength they are intended to deliver to the economy should provide a firm foundation for future growth and business dynamism. Egypt’s economy is well diversified amongst multiple important sectors such as oil and gas, tourism, manufacturing, agriculture, transport, and real estate. Having a diversified economy is a vital enabler of a sustainable, strong economy. Another area of notable and well-known strength supporting the Egyptian economy is Egypt’s ideal location. Egypt has been a global gateway for thousands of years. It is the connection point for business corridors which run between Asia and Europe, through the Middle East and Africa, to the rest of the world. Not least is the role Egypt is playing as a major partner in China’s ambitious plans to revive the old maritime Silk Road. Egypt’s large consumer market, with its diverse demographics, is a significant strength that many investors assess and take into consideration while making strategic investment decisions into the country.

What are the main challenges facing the Egyptian economy right now, especially after implementing a large part of the economic reform program? And how could those challenges be overcome?

Continued focus on the economic reform programme and driving new industrial investment is fundamental to Egypt’s future to support the development of the private sector and create jobs.
Adhering to the investment roadmap of the Ministry of Investment and International Cooperation will improve transparency and the dialogue between investors and key stakeholders within the government. Events that HSBC has recently held to promote investment opportunities in Egypt have shown that our clients are keenly interested in Egypt. Bringing interest rates to lower levels and to continue developing a more business-friendly environment will support attracting potential investors.

What is required to push the Egyptian economy forward and enable growth?
Financial inclusion and digitisation are considered fundamental to the growth of the Egyptian economy. As with any developing market, some areas need more attention. These include improving cybersecurity, legal frameworks, and scalability. Therein lies the value of collaboration and knowledge sharing, something that HSBC–as the world’s leading international bank with experience of digital deployments globally–is able to facilitate. More than half (56.6%) of survey respondents to our digital research agreed that international trade has become more difficult over the last three years. This means that making cross-border trade easier by using digital tools is even more critical to sustaining Egypt’s global competitiveness. HSBC plans to invest $15bn-$17bn on technology worldwide up to 2020, and the fruits of those global investments will be felt directly by our customers in Egypt. Our investments in digitisation already give our customers access to next generation virtual accounts, enhanced liquidity management, and more streamlined mobile collections and payments. The efforts of the government and the Central Bank of Egypt (CBE) to boost the small and medium-sized enterprises (SMEs) sector is also very commendable, being regarded as the backbone of the country’s economy, and is a strong push for financial inclusion. SMEs are ambitious, growth-oriented companies, entrepreneurial and ready to expand – facts supported by the research in the latest HSBC Navigator report for Egypt. Our report highlights that 75% of businesses feel confident about success as Egypt’s market dynamics improve. The strength of HSBC’s commitment to serving the SME segment in Egypt is proven by the financing solutions we extend, as well as the wide range of international business corridors to which we can connect our customers.

What role could banks play in assisting the Egyptian economy?
Banks play an important role in supporting and promoting foreign direct investment (FDI), financial inclusion, and offering a wide range of banking and credit services – particularly among SMEs which constitute an important segment of the economy. HSBC has always been keen to support the Egyptian economy through our strong global network with its presence in 66 markets worldwide. This gives us an unrivalled ability to connect Egypt with the fastest-growing international markets, in addition to bringing our digital capabilities and international expertise to best serve the Egyptian market. HSBC has led key projects with corporates and the public sector which have aligned with the objectives of the government and the regulator. These have included arranging and financing large deals that met urgent strategic business needs in the energy sector, and also in supporting investments made by large and middle size companies in various sectors. We also recently introduced a complete suite of solutions for managing foreign exchange flows, trade settlement in China’s Renminbi. The comprehensive strategic partnership between China and Egypt has witnessed an unprecedented push in 2018. We believe the Belt and Road will create a wealth of opportunities for our clients in Egypt and we look forward to providing them with outstanding services across financing, advisory, risk management, and transaction banking as they engage in Belt and Road-related business. The bank has seen several successes as a result of this strategy, allowing it to build on its stance as the “go-to” bank in the market, and to create partnerships to support the development of Egypt.

Egypt is one of HSBC’s most dynamic markets worldwide and is a business built on more than three decades of customer support on the ground in a country which has an increasingly positive economic outlook, underpinned by reform-minded policymaking which supports a dynamic and entrepreneurial private sector.