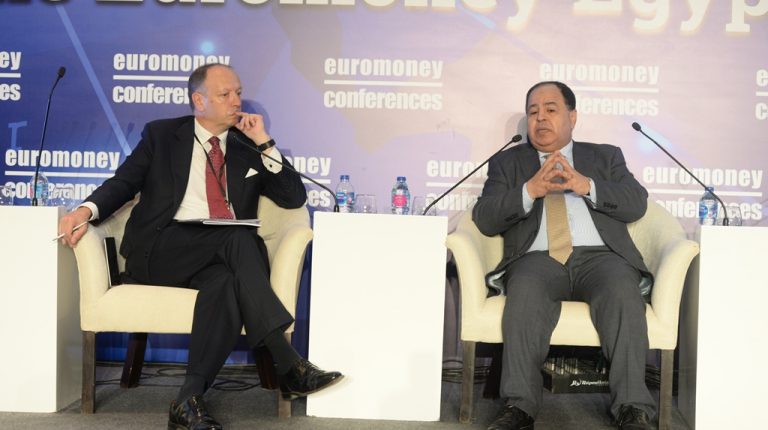 Egypt’s tax policy will remain stable over the next period with no future changes, the Minister of Finance, Mohamed Moeit, said during his speech at the Euromoney conference on Monday, asserting the governmental plans to enhance tax collection.

“The next period won’t witness any changes to tax policy or philosophy, or even rates. We aren’t aiming to increase stamp duties as some media platforms mentioned,” the minister stressed, reassuring the implementation of regulatory amendments to further attract investments.

The private sector is Egypt’s economic backbone, the minister said, noting that the government is optimistic about sustaining the reforms in the next year to keep the very positive GDP growth through implementing additional structural reforms.

“Egypt enjoys large resources and a dynamic population that can assist the government to continue its reforms over the next year. The government is also working hard to support the competitiveness of the private sector that plays an important role in creating jobs as one of the top priorities of the government,” the minister highlighted.

The indicators of the Egyptian economy are improving quite well, 13% three years ago, which is obvious in the unemployment rate that decreased to less than 8% compared to a previous13.3%, the minister shared.

The reform programme, began in November 2016, achieved positive outcomes including a 5.2% growth in the fiscal year (FY) 2018/19 while targeting 6% in the current FY 2019/20, the minister added, asserting that Egypt is heading toward a more balanced economy that depends on several sectors of manufacturing, exports, agriculture, tourism, and oil.

“We are bringing down inflation to single digits and having lower interest rates. We are also enjoying a significant improvement of the external sectors,” the minister said, noting that the fiscal deficit is falling to 8.2% this FY while it will continue the downward trend over the next couple of years to 6% in FY 2020/21,” the minister declared.

Egypt’s primary surplus will be maintained at 2% of the GDP in the medium term, the minister noted, adding that the government’s medium-term strategy depends on expanding the investors’ base in line with sustaining lower debts and its burden.

“We’d like to improve the living standards of Egyptian people. The government is working on increasing expenditure on educational and health reforms to achieve social justice which is in line with increasing the quality of social network,” the minister said.

Financial inclusion is one of main priorities of the Egyptian government, the minister affirmed, asserting that the government is working very hard to reveal to people the benefits of the reforms very soon.

Moeit said that the government aims at a fair distribution of the GDP positive growth for all Egyptian segments, adding that the market needs further business environment enhancements including eliminating bureaucracy when dealing with governmental entities.

“Let’s go back to a few years when you began the reform programme in 2016; how can you ensure that the good performance of the economy to continue?” Richard Banks, session moderator and consulting editor at the Euromoney Conference asked the minister.

The minister answered that the government is aware of the challenges that still face the country, “We are aware of the country,” adding, “We have opportunities. Egypt is very ready to attract new businesses as it has hugely invested in infrastructure.”

Answering another question regarding the problem of the industrial land in Egypt, the minister said that his team worked very hard with the cabinet and the ministry of trade and industry over the past six months to find solutions to this problem.

“We put all the available industrial land in an online website to allow investors to go and choose by themselves. We will also announce new solutions to this problem during the next few next days after consulting the business community,” the minister asserted.