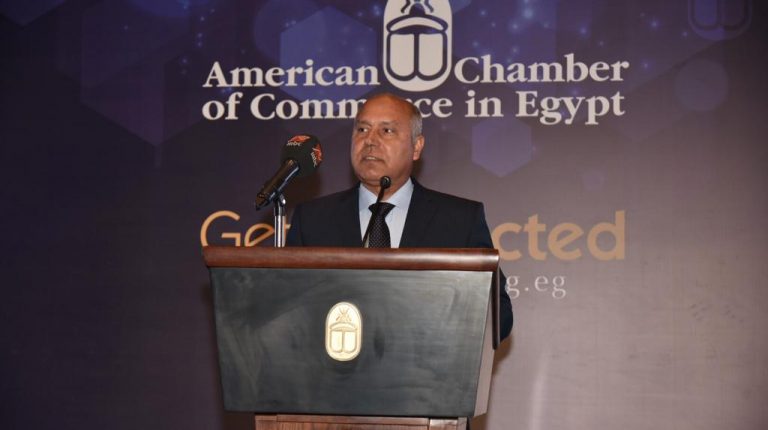 The ministry of transport is discussing with several international partners including the American PRL company to purchase 50 new railway tractors, in addition to the renewal of another 41 railway tractors at a total cost of $430m, the Minister of Transport, Kamel Al-Wazir, said.

The ministry is also discussing with the European Bank for Reconstruction and Development (EBRD) to ink new contracts to add 100 railway tractors and renewal another 90 railways tractors worth €200m, Al-Wazir asserted during the event that the American Chamber of Commerce in Egypt (AmCham) organised on Tuesday.

Al-Wazir affirmed the importance of modernising the railway system in Egypt as it is suffering from lack of maintenance since the 1980s. “When I received my post, I realised that the railway system is in a serious situation that requires quick plans to modernise the railways. About 50% of the tractors weren’t operating at full capacity,” he noted.

The minister encouraged Egyptian private sector companies to engage in railway development, noting, “private companies are government partners and we don’t only depend on governmental companies.”

The ministry aims to purchase additional railroad lines to expand the network, the minister noted, stressing that the country’s population is rapidly increasing which asserts the importance of expanding the network.

“We are discussing with a Russian company to purchase 1,300 train carriages, in cooperation with the Hungarian Eximbank. We already had a meeting on Tuesday evening to discuss the fund details,” the minister stated.

“I am proud to announce that the Egyptian private sector companies, which are Samcrete Development and Hassan Allam Sons qualified to the project to establish the Sixth of October dry port,” the minister declared.

The minister also said that the government is keen on establishing a reliable road network, noting that the costs of the first the second phases of the Roads National Project are at $75bn.

Furthermore, Sherif Kamel, president of the AmCham, awarded the chamber’s honorary membership to the minister of transport, asserting the importance of the ministry in promoting Egypt’s competitiveness capability.

The government aims to boost the contribution of the transport sector into the GDP to 4.4% by fiscal year 2021/22, Kamel highlighted.

Additionally, AmCham will organise a business mission to Pittsburgh, Pennsylvania, from 14 to 17 October 2019, Sylvia Menassa, AmCham’ CEO, said in her speech, adding that the mission will attend a conference entitled “American smart city: growing business with the Middle East”.

The Minister of Investment and International Cooperation, Sahar Nasr, will attend the conference where she will give a speech about the recently improved investment environment, Menassa stated, adding that the chamber will attend the Business H20 International Business and Policy Forum which is focusing on water issues on 30 October.