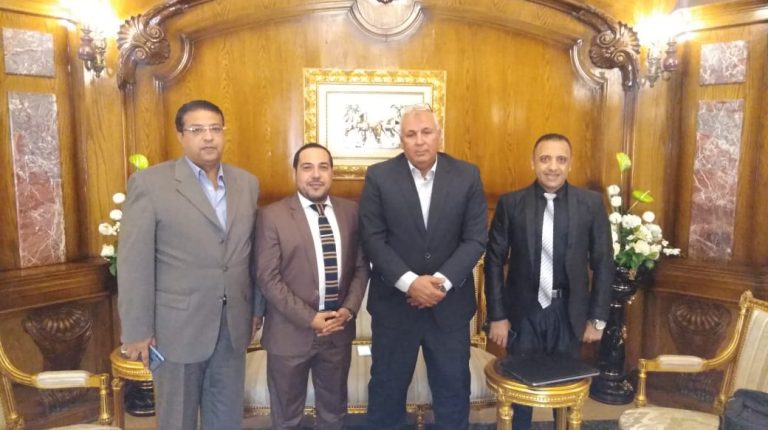 The Governor of the New Valley, Mohamed el Zamalout, met with the Executive Chairperson of Guinness World Records’ partner in Egypt, Ahmed Makled, where the two parties confirmed the importance of cooperation in a number of occasions held by the Guinness World Records in Egypt. This is part of its development plan, which aims to market agricultural products globally, in addition to promoting the governorate as a global tourist destination.

Mohamed el Zamlout confirmed that the New Valley governorate is keen to cooperate with all international institutions and different bodies that can benefit from its activities in promoting the governorate as part of Egyptian tourism and its agriculture products. He added that full coordination will be available between the governorate of the New Valley with the official partner of the Guinness World Records in Egypt in order to establish a number of occasions that could have a positive response to the Egyptian market.

For his part, Ahmed Makled praised the great cooperation of the New Valley governorate, where the governor was keen on full coordination with Guinness World Records, noting that there are many events that will be organised soon to promote the name of the governorate on a global level by breaking world records.

He pointed out that such events will have a positive and a high impact on promoting Egyptian tourism and New Valley tourism in particular, and improve the perspective about Egypt and present its genuine picture to the world, stressing its security and safety and abundance of many quality products for export to world markets.