A total of 18 years passed after the 911 attacks that led to the death of 2, 977 individuals and the suffering of 75,000 people from psychological and physical disorders as a result of these attacks. During the last 18 years, nearly 156 people passed away after they suffered from poisoned fumes and dust from the collapse of the New York two World Trade Centre towers.

The 911 attacks were conducted by the militant group of Al-Qaeda which is considered as one of the fiercest jihadi organisations in the world and includes thousands of fighters. The group was founded by the Saudi citizen Osama bin Laden, who was killed eight years ago in a United States militant attack that targeted his residence in Pakistan.

But with the killing of its leader, and the emergence of Islamic State (IS), Al-Qaeda’s power and influence has been significantly weakened.

Through this report, Daily News Egypt attempts to shed light on the impact of Al-Qaeda today and the threat that this group is currently posing to global security.

On a media scale, the IS news has dominated the media in recent years, while Al-Qaeda’s group has resorted to a reconstruction strategy that was based on forming alliances with regional groups. According to a recent report from US intelligence, a warning popped up that senior leading figures from Al Qaeda are strengthening the global leadership structure of the group and continue to encourage attacks against the west and the US.

Similarly, a UN report released earlier this year on the global threat of terrorism unveiled that the Al-Qaeda group possesses “high ambitions”, is still coherent and active in many regions, and has the ambition to present itself more on the international stage.

With the rise of the ferocious drone campaigns, the killing of Osama bin Laden and the challenge of the IS, Al-Qaeda adopted a new war tactic. This tactic focused on affording support to the group’s affiliates in Africa, the Middle East, and south Asia.

These affiliates are local militias, integrated into communities, and sworn to loyalty to Al-Qaeda leadership. Plus, the group is keen to engage with the local population, unlike the IS which is perceived with hostility from locals due to the violent actions that it undertook against innocent civilians.

In 2013, Al-Qaeda issued the ‘Jihad Guidelines,’ which included several reforms within the organisation.

The ‘Jihad Guidelines’ document focuses, among other things, on the community approach, and instructs its fighters to avoid any behaviour that could lead to a “revolution between people”.

Al-Qaeda has doubled its attacks through its affiliate branches. In 2018, it carried out 316 attacks worldwide. These branches are located in the Islamic Maghreb, Yemen, Saudi Arabia, Indian subcontinent, Somalia, East Africa, Egypt, and Syria.

The group appeared in the Islamic Maghreb in 2006 when an Algerian militia sided with Al-Qaeda following a crackdown by Algerian forces. The militia has moved to west Africa, while in the Indian subcontinent, the group was established in 2014 and went active in countries such as Pakistan, India, Myanmar, and Bangladesh.

Meanwhile, the group was active in 2009 in the Arabian Peninsula through the merger of local jihadists with the international jihadist network in Yemen and Saudi Arabia, while in Syria the group was called the ‘Tahrir al-Sham’ entity which rose from the merger of many Jihadist militias with ties to Al-Qaeda.

In Egypt, the group’s affiliate militias appeared in the Egyptian Sinai Peninsula.

The US considers him a global terrorist and has a warrant out for $1m for any information about his whereabouts.

Promoting him as the new leader of Al-Qaeda, several web sites loyal to Al-Qaeda present Hamza bin Laden as a rising star who will inspire the next generation of jihadists and infuse the group’s arteries. Through recent years Hamza bin Laden has issued voice and video messages urging supporters of the group to attack the US and its allies in retaliation for his father’s death.

In the same context, the observatory of “Takfiri fatwas” translated into “Extremist Views” of the Dar Al-Ifta, the highest religious institution in Egypt, recently released a report on the changing stages experienced by “Al-Qaeda” since the 911 attacks in 2001.

The observatory noted that the organisation succeeded in dealing with the variables of the stage in such a way that kept it present until now without being eliminated. 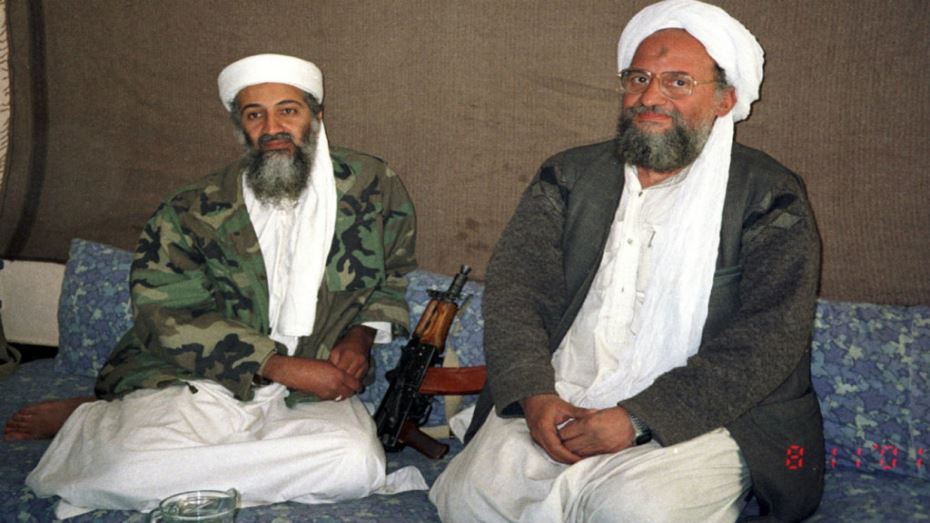 The observatory added that Al-Qaeda after the September 11 attacks continued to present itself on the ground as the vanguard of extremist organisations and does not seek to establish an “Islamic Caliphate” in the short term, and therefore it adopted several methods aimed at staying as coherent as possible, by providing capabilities and channelling fighters.

The report pointed out that Al-Qaeda has divided the new followed methods into several stages. After the September 11 attacks, the organisation found it difficult to recruit fighters. Subsequently, this forced it to be dependent on the network of relations in the areas where it is deployed, in addition to relying on supporters abroad to carry out terrorist operations such as the Madrid and London attacks in 2004 and 2005.

Al-Qaida worked on a plan based on the fact that each of its groups was responsible for a particular region, ie, it followed a pattern of “decentralisation”, which indicates that the organisation has left these groups to operate individually, while maintaining the idea of “uniting Muslim society” through the destruction of current societies and the establishment of other alternative societies, which it regards as the real targeted society according to their ideas.

The report said that Al-Qaeda worked to change its speech after 2011, where it tried to put forward and use new terms that were not used in its speech like the ‘nation,’ and abandoned the superstitious speech that was communicated through its publications, whether visible or written, provided that the speech is far from enforcing its ideology. This came as Zawahiri believed that Muslims should learn “right first” according to their extremist beliefs.

The observatory’s report pointed out that the waves of change in the group’s ideas led it to focus on targeting Muslims through speech and governments via the intensification of terrorist operations against security forces and others. The people’s strategy was fully evident when Zawahiri announced it must first work to mobilise the masses.

According to the report, Al-Qaeda relied on non-intensification of external operations, worked to avoid security prosecutions, and left the stage for IS and its elements to be vulnerable to security targeting, as the Al-Qaeda strategy is based on ‘intellectual deployment’ and not on the basis of geographical control.

The observatory concluded the report by noting that although Al-Qaeda has recently retreated and the terrorist scene topped the IS, especially after the strikes that rocked Al-Qaeda, such as the killing of Hamza bin Laden and the conflict between him and Zawahiri over the leadership of the organization, however the organisation may return on the ruins of the IS, in an attempt to exploit all the gaps.