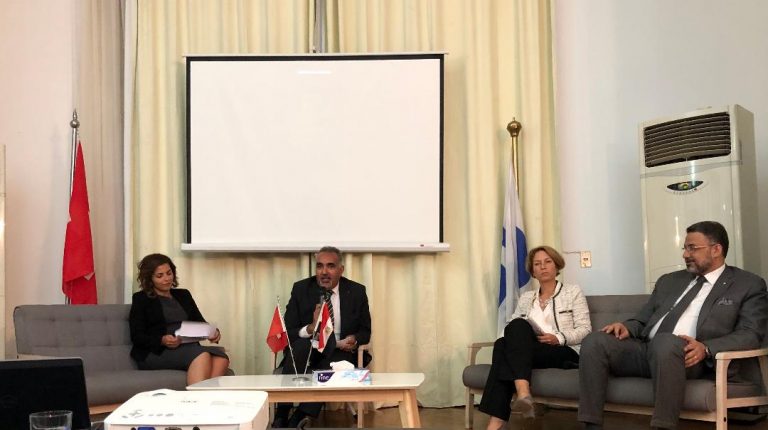 The European Bank for Reconstruction and Development (EBRD) together with the Swiss State Secretariat for Economic Affairs (SECO) and Egyptian business associations launched a new initiative to improve the skills of the labour force in the electricity sector.

The SECO is funding the initiative which will promote skills, human capital, policies, and national occupational standards by identifying gaps in technical skills and by helping to set up training programmes, in coordination with vocational institutions and schools, according to a statement of the EBRD on Monday evening.

Other participants in the initiative will be the Federation of Egyptian Industries, the Chamber of Engineering Industries, and private sector companies, the statement clarified.

Despite the overall decline of the unemployment rate over the last two years in Egypt, youth unemployment in particular is still high at 32.6% in 2018, and according to the International Labour Organization, and is a contributing factor to emigration.

Egypt has seen historical developments and investment in electricity power plants, energy, and infrastructure with several megaprojects since 2014, the statement noted.

The electrical equipment and cable subsector in Egypt has around 300 private sector companies, employing around 50,000 workers.

The launch took place in Cairo at the Embassy of Switzerland’s-Office for International Cooperation in Cairo. It comes in the context of a $25m EBRD loan to the United Metal Company, including a commitment to skills’ improvement.

Previously, the EBRD launched a technical cooperation project supported by the SECO to enhance vocational training and skill standards with the El Sewedy Technical Academy (STA) in Cairo, established by the El Sewedy Group, the parent company of United Metal.

Egypt is a founding member of the EBRD. Since the start of its operations in Egypt in 2012, the bank has invested over €5bn in 96 projects in the country. In 2018, Egypt was the largest EBRD country of operations in terms of new commitments.