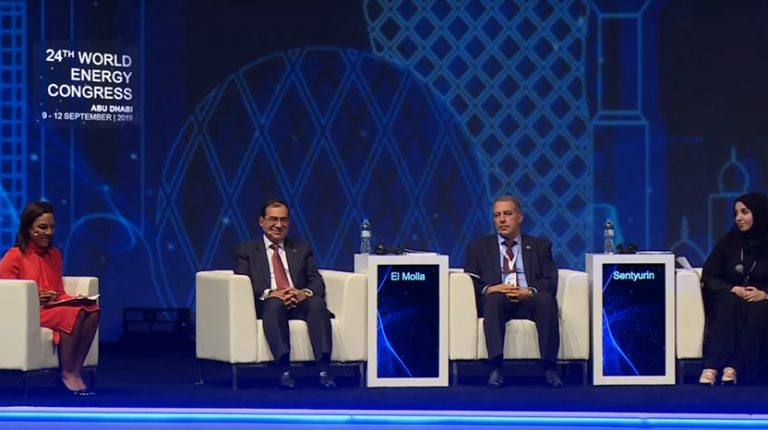 The Minister of Petroleum and Mineral Resources, Tarek El-Molla, affirmed that Egypt has many distinguished investment opportunities in all stages of the petroleum industry. Furthermore, he added that the petroleum sector has implemented a clear roadmap to restore fuel supplies stability in the local market, and bridge the gap that the country was experiencing before 2014.

El-Molla elaborated that several steps were agreed upon through amending agreements or the payment of arrears with the full support of the political leadership and the government. He highlighted the work done on reforming the subsidy system and providing more to the most vulnerable segments, and rationing consumption.

Furthermore, the government successfully implemented the necessary reforms and drew the world’s attention. Consequently, the last period saw the entry of new international companies in Egypt’s oil and gas sector, added the minister.

El-Molla participated as a keynote speaker at the 24th World Energy Council Conference in Abu Dhabi under the title “New Regional Perspectives: The Role of Gas in the Transition to a Low Carbon Economy in the MENA Region.”

Several officials and presidents of international organisations and companies participated in the conference, to review perspectives and visions on the role of natural gas in the realisation of the ambitions of the Middle East and North Africa.

The conference tackles energy security and the establishment of a regional and integrated market between the regional countries in infrastructure projects. During his session, El-Molla reviewed the Egyptian efforts to become a regional energy hub and its cooperation with the eastern Mediterranean countries to mutually benefit from gas discoveries.

El-Molla said that Egypt, for its part, is taking continuous steps to invest its oil and gas resources economically and benefit from petrochemical projects.

Egypt has also put a strategy to reform its energy mix and with greater reliance on renewable energy sources. It also has a plan to achieve self-sufficiency in crude oil and petroleum products to protect the Egyptian economy from fluctuations in world oil prices. This is in addition to the procedures for the protection of the hedging mechanisms of the surge in global oil prices.