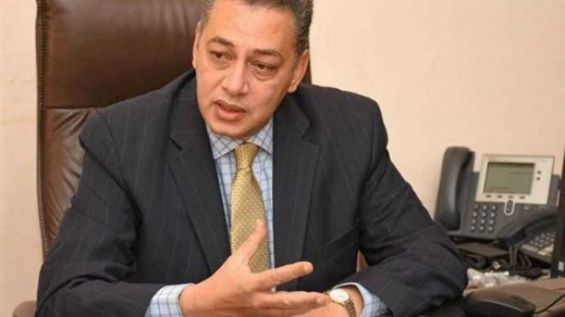 The Egyptian ambassador to Morocco, Ashraf Ibrahim, said on Monday that Egypt is working to transport the body of Egyptian atomic scientist Abu Bakr Ramadan to Cairo.

Ramadan recently died after suffering from an emergency health condition in his hotel room in the region of Agdal in Marrakech.

The Egyptian ambassador added in media statements to the Russian news outlet, ‘Russia Today’ that the result of the in-depth analysis after the autopsy of the Egyptian atomic scientist–which was ordered by the Moroccan Public Prosecution–will be issued a week later.

The Egyptian scientist, Abu Bakr Abdel Moneim Ramadan, died Thursday in Morocco while participating in a workshop organised by the International Atomic Energy Agency on marine pollution from 2 to 6 September in Marrakech.

The Egyptian ambassador in Morocco explained that during the meetings in the framework of the workshop, Ramadan felt tired and asked to go to his room. His health condition deteriorated and the hotel was informed of it, which, in turn, informed those responsible for the workshop, and Ramadan was taken to hospital where he passed away.

Ramadan was previously the head of the National Radiation Monitoring Network at the Egyptian Nuclear and Radiological Control Authority.

There were reports after the death announced that the Egyptian scientist may have been assassinated by poisoning, especially as he had an orange juice shortly before his death.

On Saturday, the Ministry of Immigration and Egyptians Abroad said in a statement that Minister Nabila Makram is communicating with the Egyptian ambassador to Morocco to follow up on the cause of death of the Egyptian atomic scientist.

For her part, Makram said that coordination is ongoing with Moroccan authorities and the International Atomic Energy Agency to finalise administrative procedures and return the body of the deceased to Egypt.