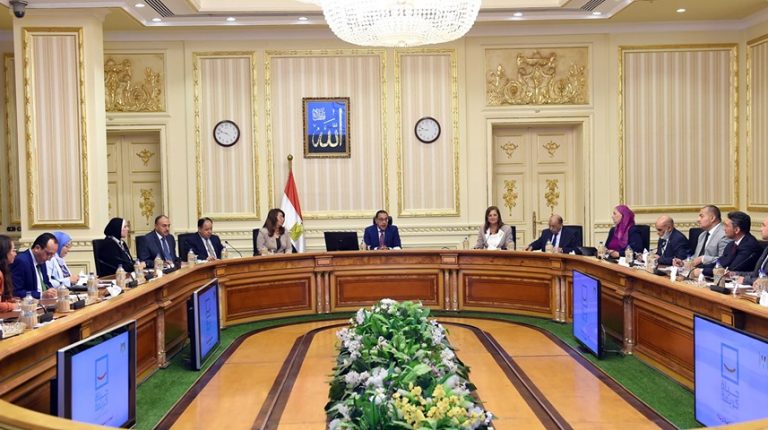 Prime Minister Mostafa Madbouly held on Tuesday a follow-up meeting on the recent updates of the Egyptian Presidential Initiative called “A Decent Life,” which was launched earlier this year.

During the meeting, Madbouly asserted that there is full coordination between the government and civil society aiming to improve the living conditions of underprivileged citizens in the neediest villages in the country.

Madbouly highlighted that the initiative includes improving services and offering job opportunities in the targeted villages, as part of achieving a comprehensive development.

Meanwhile, Ghada Waly, the Minister of Planning and Administrative Reform revealed that the initiative is going to be applied to 145 villages during its first year.

In the same context, Director General of Orman Charity Association, Mamdouh Shaaban, pointed out that the organisation is working to improve the conditions of 145 villages.

Aly Fathy of Misr El Kheir said that the organisation is working on 19 villages in Assuit, Qena, and Sohag. He added that they are working on development of 45 schools at these villages.

‘A Decent Life’ is a state-sponsored initiative to eradicate poverty in Egypt’s neediest villages.

The initiative was launched in January this year when President Abdel Fattah Al-Sisi wrote a post on his official Facebook page calling on the state’s institutions and civil society organisations to adopt a national initiative in order to secure a decent life for low-income people in society.