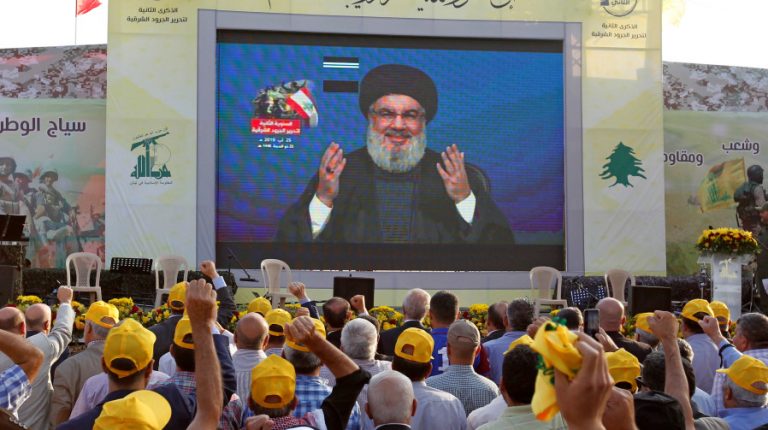 Hezbollah leader Hassan Nasrallah said there are no red lines in defending Lebanon against any Israeli aggression, during a Tuesday rally marking the Shia Muslim ceremony of Ashura.

He said this does not mean that the UN Security Council Resolution 1701, which ended the 2006 war, would not be respected, but that Lebanon and its people had the right to self-defence.

“If Israel attacked, or assaulted Lebanon, the Lebanese people have the right to defend their country’s sovereignty,” the leader said.

He also said that his movement shot down an Israeli drone in Lebanon for the first time to strengthen deterrence against attacks by Israel.

His statements came a day after Hezbollah claimed that it has downed an Israeli drone in southern Lebanon, part of a string of clashes between Israel and Iranian-backed groups throughout the region.

The group said in a statement that the drone is in its possession. According to the Hezbollah affiliated TV channel Al-Manar, the drone was shot down after crossing the borders, while heading to the town of Ramia in southern Lebanon.

However, the Israeli army denied the group’s claim, saying that one of its drones landed in southern Lebanon during a routine operation, and there is no fear of extracting information from them.