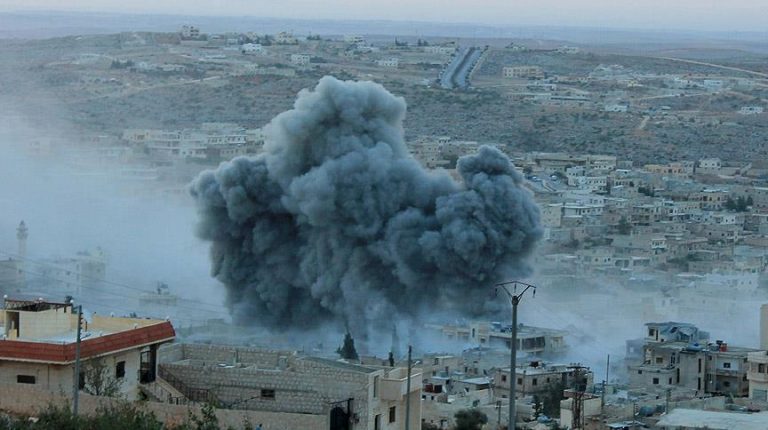 The Russian air force has launched air raids over north-western Syria on Tuesday for the first time since the ceasefire went into effect 11 days ago, according to the Syrian Observatory for Human Rights.

The London-based observatory said the Russian warplanes launched several strikes targeting jihadist rebels of the Turkestan Islamic Party near Jabal Al-Akrad at the triangle of Latakia, Aleppo, and the Hama governorate.

Since 31 August, when the ceasefire,–which aimed to halt all strikes hence helping the Syrian government to reclaim the area–went into effect, the intense air raids by Russian and Syrian warplanes have stopped, although there has been ground fighting and shelling.

However, there were no confirmations about the number of casualties.

Syrian local media justified the air strikes by stating that the jihadist rebels refused to withdraw from the front-lines in this mountainous region, and that they also continued their shelling and drone strikes against the Syrian military, leading the Russian air force to resume their airstrikes in the Latakia governorate.