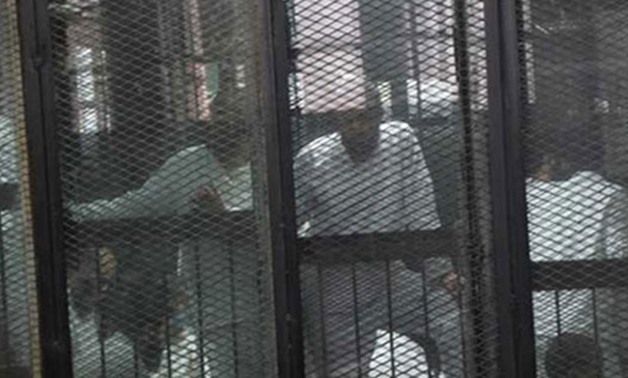 The Military Criminal Court in the Tora region decided on Monday to postpone the trial of 555 defendants in the media case known as the ‘Second Sinai Province’ on charges of establishing 43 Islamic State (IS) affiliated cluster cells and committing 63 crimes in north Sinai.

According to local media reports, the trial was postponed to September 16 to hear witnesses’ testimonies.

On January 2018, the Court of Cassation ruled the inclusion of defendants in the ‘Second Sinai Province’ case on the lists of terrorism for three years, after rejecting their appeal against the decision of the Criminal Court.

Investigations conducted by the prosecution and national security sector affiliated to the ministry of interior revealed that the terrorist crimes carried out by the defendants in the case were concentrated in the north Sinai governorate.

Moreover, the above-mentioned investigations proved the occurrence of communication between leaders of the group and the IS leading figures in Iraq and Syria. It also proved that a number of members of the group joined the IS camps in Syria to receive training on the use of weapons, explosives, gain field experience in gang wars, and street fighting.

Those members returned to Egypt to carry out attacks against the state, its institutions, and citizens.

Those three Palestinian nationals appeared as militants in the IS affiliated group of ‘Sinai Province’, the three participated in suicide attacks that targeted security checkpoints last June located in the center of the north Sinai’s city of Al-Arish.

The video as a whole does not contain any new message from the group or details of new attacks as it only included a review of the recent attacks conducted by the group during the month of June.

It also showed the slaughter of four civilians over claims of cooperating with the army. The slaughter took place east of Al-Arish-Al Qantara highway road in north Sinai.

According to the ‘Sinai Tribal Federation’ Facebook page which represents Sinai tribes, the four decapitated citizens were previously kidnapped by members of the IS affiliated group of “Sinai Province”.

The page noted that the four decapitated citizens are Yousef Hasaan, who was kidnapped during the holy month of Ramadan from his village al-Mazar in north Sinai. The second is Salem Garir who was kidnapped weeks ago from El Malhat area, located north of Rawda village in North Sinai.

The other two are from Port Said governorate and were kidnapped from the Ga’al district located in the south east of Bir El Abd city weeks ago. Both are owners of trucks which transfer cement produced in army factories, and the two are father and son, Salama Ibrahim and his son Mahmoud.

The released video footage showed that the IS members set up a checkpoint on the Al-Arish-Al Qantara highway road in north Sinai and slaughtered the aforementioned four citizens, beside kidnapping seven other civilians who were using the road: Taha Ismail from Alexandria governorate who works as a production manager in El Nasr company in ‘Sebika’ area in north Sinai, while the identity of the other kidnapped six citizens still remains unknown, according to local media reports.

The slaughter of the four citizens came directly after the release of a kidnapped young man from ‘El Dawghra’ tribe, one of the tribes located west of north Sinai, and the release of three other people from El Rawda village. All of them are believed to be kidnapped by the ‘Sinai Province’ group.

Army and police forces in Egypt are engaging in a widescale militant operation launched in the presence of the IS in north Sinai since February 2018. The operation aims to get rid of the IS affiliated group of ‘Sinai Province’ that has been previously known as the ‘Ansar Byat El Maqdus’ group and became ‘Sinai Province’ in 2014 after declaring its affiliation to the IS.

Since the start of the ‘Sinai 2018 Comprehensive Operation’, the rate of the militant attacks conducted by the IS against the army, police, and civilians has decreased due to many counter attacks performed by the army against militants’ posts.