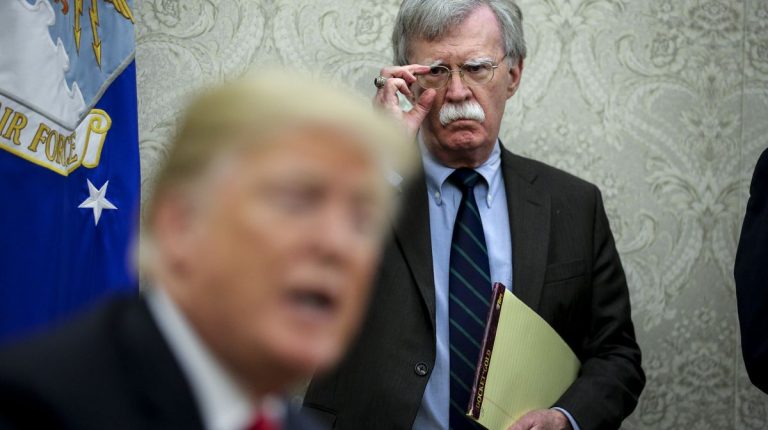 “I informed John Bolton last night that his services are no longer needed at the White House,” Trump tweeted on Tuesday.

“I disagreed strongly with many of his suggestions, as did others in the administration, and therefore, I asked John for his resignation, which was given to me this morning,” Trump added.

Later, Bolton announced via Twitter: “I offered to resign last night and President Trump said, “Let’s talk about it tomorrow.”

Bolton, appointed in 2018, was the third man to occupy the position of the US National Security Advisor during Trump’s rule, succeeding Michael Flynn, and H R McMaster.

The ousting came after Trump announced that he cancelled off a secret meeting with Taliban major leaders at Camp David earlier this week. Bolton reportedly opposed these peace talks.

Meanwhile, sources revealed that the move followed tensions between the two men over Afghanistan, Reuters reported.

Earlier this week, Trump said in a series of tweets that the major Taliban leaders and, separately, the president of Afghanistan, were going to the US for peace negotiations.

However, Trump declared that he cancelled the talks after the Taliban claimed an attack in Kabul which killed 12 people including an American.

Egypt should complete its economic reform despite difficulties: CMA ex-head