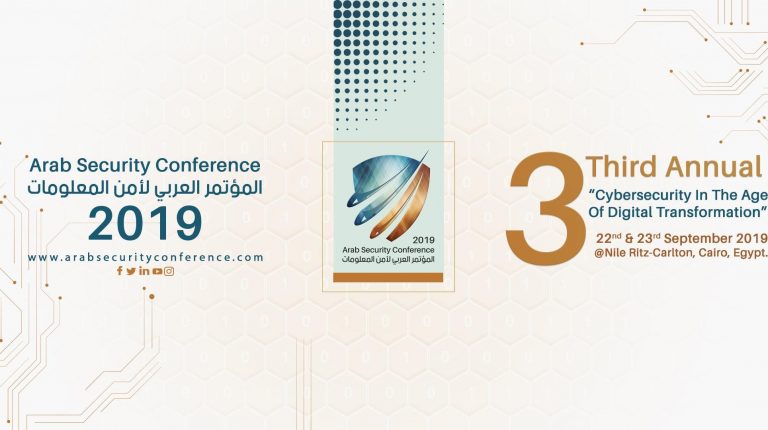 The third Arab Security Conference will be held in Cairo on 22 and 23 September, under the auspices of the Supreme Council for Cyber Security, the Egyptian Cabinet, the Arab League, and the Egyptian Ministry of Military Production.

A number of Egyptian and international companies interested in information security are sponsoring the conference due to its paramount importance in protecting national and Arab security.

The conference works on reaching out to several objectives including reviewing potential electronic threats and the existing security solutions, enriching the security awareness of attendees through technical discussions, as well as improving communication between cybersecurity professionals and organisations.

Furthermore, the conference will also include some competitions for young people who are interested in cyber-hacking as the final phase of the Arab Security Cyber Wargames Championship will be held. The teams that qualify for the final stage after going through the qualifying phase to be announced the winning teams during the conference period.

The conference was a great success in its first year 2017 and was held under the slogan “Information security and digital economy: two sides of the same coin”. In 2018, in its second year, the conference was held under the slogan “Arab Cybersecurity Challenges and Prospects”, which was held in the presence of many prominent personalities in the field, including Arabs, Egyptians, and other nationalities.