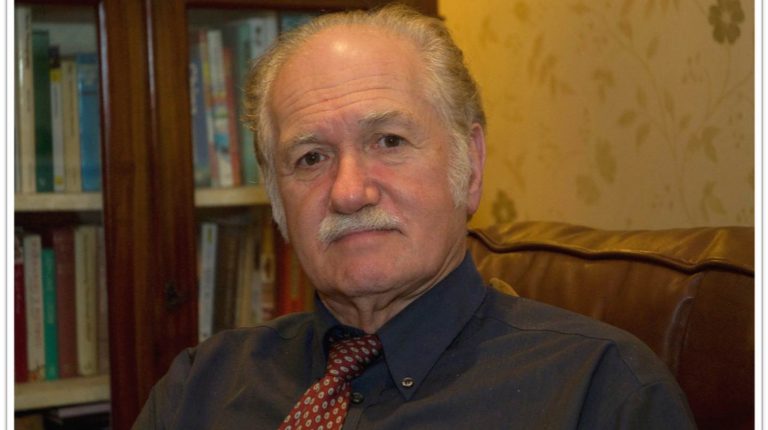 Transferring Egypt’s subsidy into cash will aidthe poorest segments of society to buy food and medicines and essential needs, Benny Dembitzer, managing director at the Grassroots Africa, member of the team who won Nobel peace prize in 1985, said, adding that a cash subsidy is key to assist the people who can’t get out of poverty.

“I think that the Egyptian government needs to implement the policies that grantee social justice, not socialism,” Dembitzer mentioned, noting that African countries in general need an economy whichencourages people to produce food for domestic needs not for export.

Daily News Egypt interviewed Dembitzer during the event that was organised by the Egyptian Center for Economic Studies (ECES) last Wednesday, the transcript forwhich is below, lightly edited for clarity:

How does the lack of statistics in Africa lead to wrong policies taken by governments?

The problem of statistics in Africa is very large one. The presidency of Tanzania threatened the statistics organisations that if they any data which differs from the officially announced data, heads of organisations will be sent to jail. The world Bank (WB) is going to accept the official figures of the government of Tanzania. The WB can’t do anything else. Another example of this issue, is in Rwanda. The country’s official data shows that the country is growing at a range of 8% and 9%. However, poverty in rural area is increasing. I had the opportunity to talk with persons in Rwanda and reached the conclusion that none of them agree that things are getting better. Governments always like to show that things are going well despite the real situation. Capital is the most important thing for governments. Imagine that in the Central African Republic, there is no government for almost five years because of the fighting between different groups. I am specialised about the sub-Saharan countries in Africa and I can tell you that agriculture is key for these countries to help their economies grow.

How do you see the African Continental Free Trade Agreement?

The agreement will affect an extremely minute percentage of people who are exporting to other countries. There are many other categories in Africa that need to be supported by economic policies.

There is huge attention from the Japanese and Chinese governments for cooperation with Africa; which model of cooperation do you prefer?

We can’t compare between the Chinese and Japanese cooperation with Africa. Japan is following a traditional approach of the Organisation for Economic Cooperation and Development (OECD) where transparency is a must. Japan requires from African countries which borrow from it to have solid economic plans that allow them to repay the loans in foreign currency. On the other hand, China believes that the economic plans of African countries isn’t a matter of consideration as it asks the countries that can’t repay the loans to give it property of land instead of the money. For example, China is building a very large port in Tanzania that serves the east Africa region and I think that if the government doesn’t repay the funds, China will get the ownership of the land. This model of cooperation happened with Latin America countries where China is the second main partner for most Latin American and Pacific coast countries. Moving Chinese people to the African continent will only benefit Chinese communities. Many of them are poor but they are industrious.

Many African countries announced that they adapted economic reforms; How do you assess them?

Africa is a large continent where there are four different economic systems. I think that the most suitable system for African countries is the one that focuses on governance. We need an economy that encourages people to produce food for domestic needs not for export. For example, I heard about reforms of the subsidy in Egypt that has been given to the poorest in order to help them to buy food and medicine. Supporting the neediest categories including women is very important. A cash subsidy is key to assist the people who can’t get out of poverty. The Brazilian government implemented a very good system for subsidies through giving vouchers for poor people to help them buy food, medicines, and essential needs.

You are praising the reforms; but the poverty percentage in Egypt is increasing; where is the problem?

‘About 32.5% of Egyptians are living below the poverty line in 2017/18, compared to 27.8% in 2015, according to the expenditure and income research prepared by the Central Agency for Public Mobilization and Statistics (CAPMAS), Khairat Barakat, chairperson of the CAPMAS, announced on 29 July 2019.

The CAPMAS expenditure and income research showed that poverty has increased in all regions of Egypt, except in rural areas in Upper Egypt, also revealing that extreme poverty has also returned, recording 6.2% among the Egyptians.’