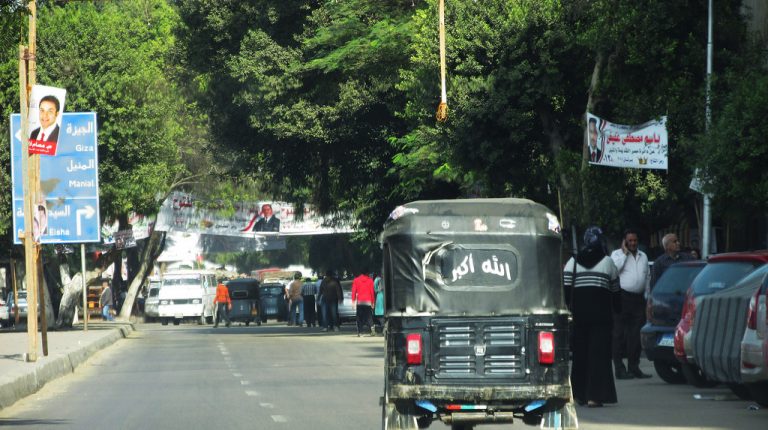 To implement the initiative, the ministry of finance will offer soft loans, following the same approach that was done before to replace old taxi cars with the new white taxi.

These directives came in a meeting attended by the ministers of finance and local development, in addition to Major General Alber Zaki from the General Directorate of Traffic, as well as officials from other concerned authorities.

The prime minister explained that the initiative aims to provide safe, licensed, and civilised transportation, in addition to generating thousands of job opportunities.

The traffic administration is awaiting the details of the decision, date, and mechanisms of its implementation. While tuk-tuk manufacturers are waiting to negotiate with the government to determine the fates of their factories.

An official source from the traffic administration denied that the administration has any information regarding the cabinet’s decision to replace tuk-tuks with minivans. “We still don’t know the details of the decision, its implementation mechanisms, or the actual application date,” the source told Daily News Egypt.

However, he confirmed that the traffic administration has recently launched a campaign to ban tuk-tuks in main cities and streets. He referred to Article 13 of the Traffic Law of 2014, which stipulates that light vehicles such as tricycles and tuk-tuks are only permitted in remote and narrow places that are not accessible to cars. They are prohibited inside capitals and big cities.

Therefore, the above article would be applied when light vehicles are spotted in areas where they are prohibited. They shall also be seized by the general prosecution and not be released without a fine.

However, this measure by the government is not very efficient, as most of the tuk-tuks are not licenced, and do not have number plates, to reveal the identities of their owners.

The source said that the value of the fine can amount to EGP 3,000, while the value of the tuk-tuk license is lower, shedding light on the enormous financial gains achieved by these unlicensed small vehicles.

Furthermore, he explained that the main reason which prevents the traffic administration from licensing tuk-tuks is that they are unsafe vehicles. Thus, the government’s recent decision is deemed to be the ideal solution to tighten control over a large number of existing tuk-tuks, which exceed three million.

Accordingly, old and withdrawn tuk-tuks will turn into junk.

Within the same context, the Chairperson of Suzuki Egypt, Mohamed Younis, stressed the soundness of the recent government decision to replace tuk-tuks with minivans. “Tuk-tuks have recently spread on a widescale in informal housing areas, and the majority of them are unlicensed,” he explained.

Additionally, it is always difficult to obtain information about tuk-tuk owners if they were involved in an accident or any traffic violations.

Younis praised the state’s efforts to eliminate the disarray in the streets, due to the presence of unauthorised vehicles.

He also pointed out that this decision will provide licensed and safe means of transportation, which will ultimately benefit citizens.

Suzuki plans to provide payments plan for minivan buyers, such as various instalment and funding systems in collaboration with some banks and instalment companies.

He stressed that Suzuki Egypt aims to increase its production and inject new investments and introduce new minivans production lines to compensate for the initiative. Younis noted that this decision would require all companies working in the field to increase their production.

On the other hand, Raya Advanced Manufacturing Chief Operating Officer Tamer Abdul Aziz said that the cabinet has not officially passed its decision to the tuk-tuk assembling factories.

He added that manufacturers are waiting for negotiations with the cabinet, to discuss ways to implement the programme without factories bearing major losses.

Abdel Aziz said that he is waiting for the plan’s details to deal with investors in the sector, especially after the Raya Auto factory obtained its permits a year ago and injected investments amounting to EGP 200m in tuk-tuk production lines.

“It is difficult to convert tuk-tuk production lines to produce any other type of vehicle.

He explained that Raya Auto is continuing its operation for the time being, until further details are revealed.